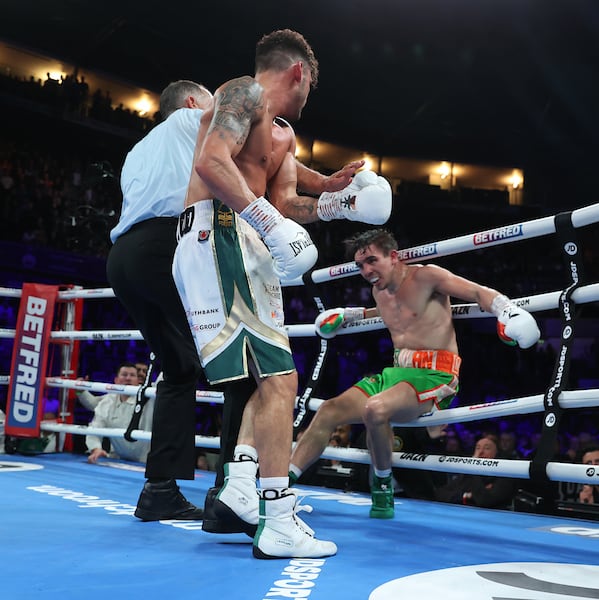 Conlan scored a heavy knockdown at the end of round one and Wood was saved by the bell. Conlan continued to punish Wood in round two and outboxed him until late in the fight. Wood was credited with a knockdown in round eleven, but Conlan still appeared headed to a decision win. In round twelve, Wood finally caught up with Conlan and blasted him through the ropes and out of the ring to emphatically end it. Time was 1:25.

Conlan was taken out on a stretcher and rushed by ambulance to the hospital.