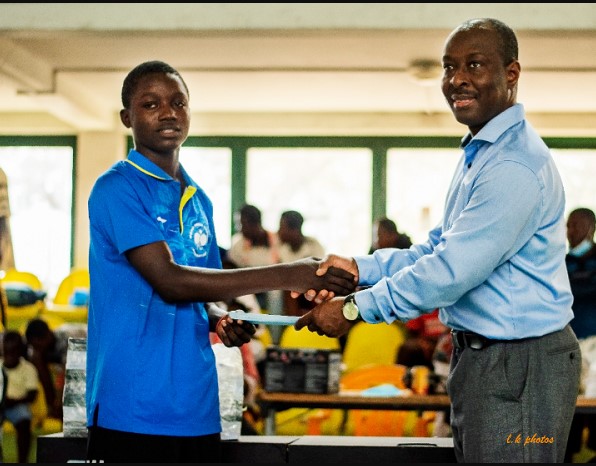 A former national table tennis star, Emmanuel Kofi Asare, has bemoaned the low standard of the sport in recent times as compared to the situation in the country three decades ago.

He lamented that despite the availability of talents, the lack of good resources, training and exposure had impeded the development of young talents into quality players of international standard.

“I’m optimistic that with good resources, training and exposure, they can get to a higher quality,” he told the Graphic Sports.

He said it was imperative that former players of the game got actively involved in the development of the sports, including looking for sponsors capable of providing equipment and internationally qualified coaches, as well as exposure for current national team players at international competitions.

“I am going to lead that charge myself with the support of other past players,” he said after launching in Accra last Saturday a 174-page book, ‘the Rise of Ghana

Table Tennis’, which chronicles the influence of Indian merchant and philanthropist, Dayaram Gangaram Hathiramani on the sport.

The book launch, which took place at the D.G. Hathiramani Hall — named after the man referred to as ‘Father of Table Tennis in Ghana’ —  brought together executives of the Ghana Table Tennis Association (GTTA), some retired national players and many young table tennis players.

The seven-chapter book throws the spotlight on the author’s early years in table tennis and his life at the Hathiramani camp, his education and qualification into the national team and ‘Renaissance of Ghana Table Tennis’.

Other chapters look at the author’s family life, his sojourn in Germany where he works as a manager of Analytics and Business Development with Rolls Royce Power Systems, and the demise of Hathiramani.

Mr Asare, 57, extolled the virtues of his former mentor, whom he described as “the epitome of table tennis in Ghana” for his remarkable efforts to develop Ghanaian players to become African champions and also putting Ghana on a high pedestal in table tennis.

He promised to liaise with the German Table Tennis Federation to seek areas of collaboration to support the development of the sport in Ghana.

Launching the book, the Technical Director of GTTA, Charles Tachie-Menson, lauded the author for enlightening Ghanaians about who Hathiramani truly was and encouraged others to create awareness of other sporting heroes.

The President of the Sports Writers Association of Ghana, Mr Kwabena Yeboah, bought 20 copies of the book for the association and some young players to learn about the great philanthropist who played a great role in the sport’s development.

As part of the book launch, an under-15 tournament was organised which saw Blessing Labanti beat challenger Mary Naa Bokor 3-0 in the girls’ final while Isaiah Bortier beat Michael Yeboah in a 3-1 thriller to win the boys’ title.