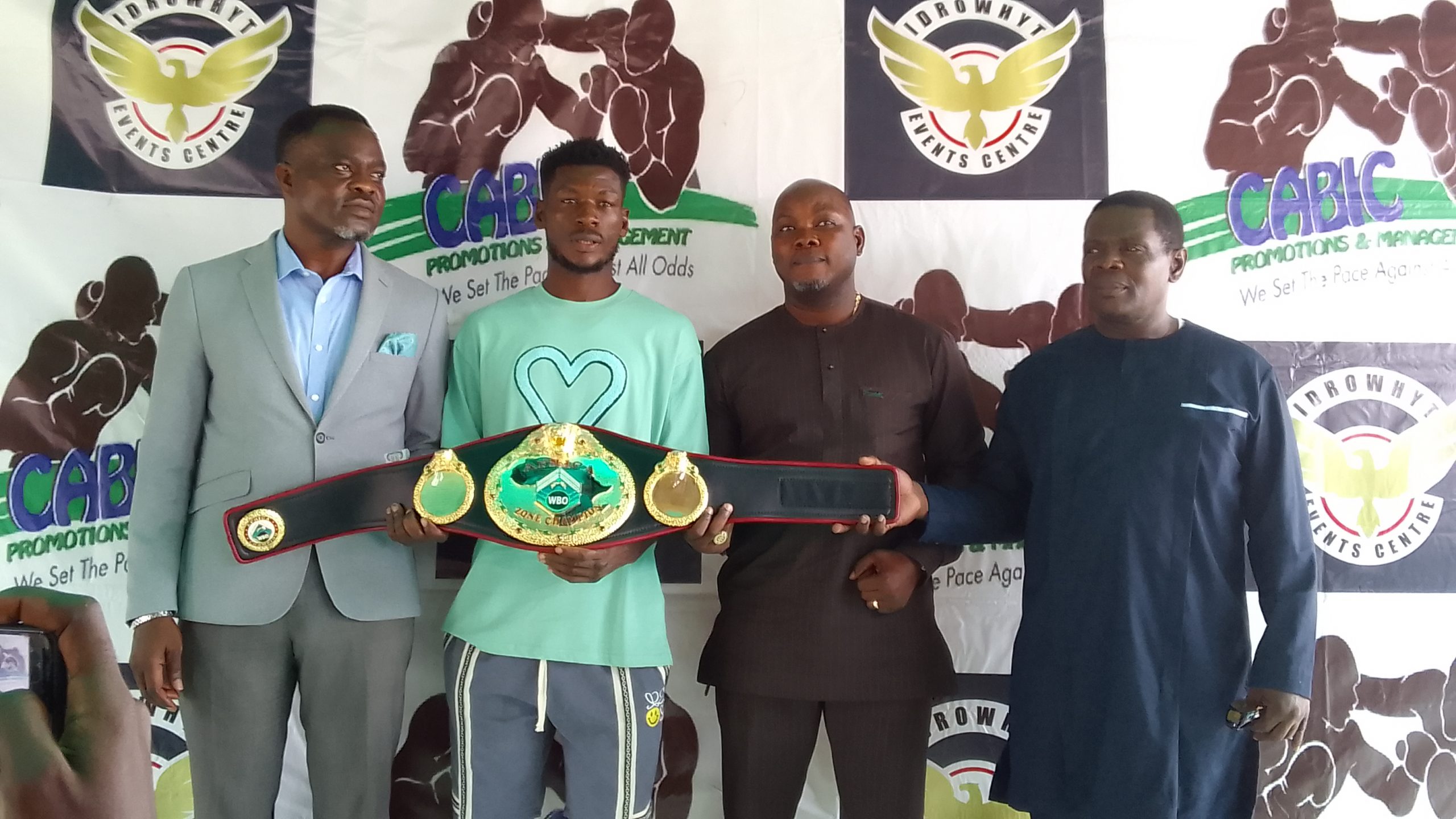 Cabic Promotions is coming up with Big Fight Night – “Sankofa” on March 26 and their CEO Ivan Bruce Cudjoe says they are not giving up on giving Ghana another world champion.

He said they have been there before, and are going again.

Patrick Allotey will clash with Hamisi Maya from Tanzania for the WBO Africa Welterweight Championship at the Idrowhyt Events Centre at Dansoman on March 26.

Others crack boxers featuring over  the bill are Joseph Akai Nettey and Osumanu Haruna aka Saabo who now holds the National Heavyweight Title.

Mr. Ivan Bruce Cudjoe, CEO of Cabic Promotions said they want he  to bring some more exciting bouts to Ghanaians.

He said boxers and officials must report on time and not waste time which has been a problem with fans for some time.

Samir Captan, Regional Supervisor of WBO Africa encouraged Patrick Allotey to go and prove that he is still one of the best boxers who can win again.

He labeled the bout as ‘Sankofa fa’ , which means Allotey must take the fight seriously and win for Ghana.

He urged Allotey and his coach not to let this opportunity pass by.

The undercards are Emmanuel Quaye versus Frank Dodzie for the WABU Super Welterweight Championship.

Moses Lartey and Michael Darku will engage in a Middleweight clash, while Emmanuel Sackey faces David Lamptey in a super Featherweight encounter.

Faisal Abubakar will lock horns with Emmanuel Allotey in a super lightweight contest.

The night will be packed entertainment and every boxing fan can not miss. Tic range from 50ghc at regular, 150ghc at VIP and 250ghc at VIP Ringside