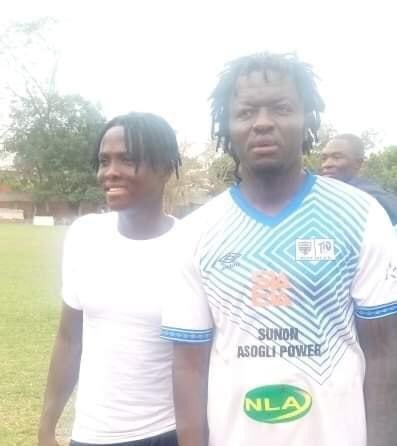 Former Asante Kotoko and Black Stars defender, Samuel Inkoom has joined giants Hearts of Oak in training ahead of an anticipated move to the club.

The Phobians, holders of the Ghana Premier League title and the MTN FA Cup, already have ex-Inter Milan star, Sulley Ali Muntari in their fold.

According to Kwame Opare Addo – the spokesperson for the rainbow club – on Kumasi-based Pure FM, the former FC Basel star would be handed a deal if he impresses the technical team.

“Samuel Inkoom is at Hearts of Oak training grounds. He’s training with the team and the technical handlers are looking at him,” he is quoted by the Twitter handle of the radio station.

“Hearts will sign him if he impresses the coaches. Sulley Muntari passed through the same process before he was signed,” he is quoted by the Twitter handle of the radio statio