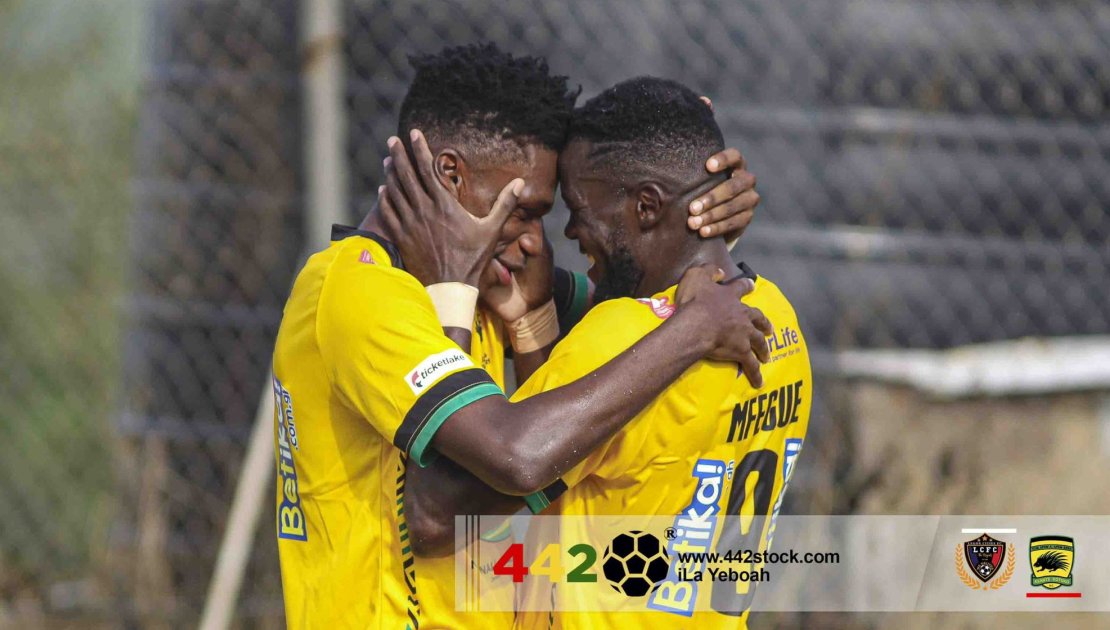 Some fans haven’t liked the ‘Kumasi striker’ tag that has hanged around the neck of Asante Kotoko forward, Frank Etouga Mbella although the number of goals scored by the Cameroonian import suggests he’s been potent at the Baba Yara Stadium than anywhere in the Ghana Premier League.

The tag is derogatory, they say, as it demeans the efforts of the young man who’s settled well at the club, scoring 14 goals in 16 matches with 11 of them at home in his first season. He’s made three assists and started 14 of 16 games. While I see nothing wrong with the ‘Kumasi striker’ tag, I agree with anyone who insists that, Mbella deserves respect.

Mbella was on target last Sunday night when the Porcupines completely outclassed Gold Stars in a thrilling 5-0 show under floodlights; marking the third time Kotoko have scored five goals in a home league game in more than 10 years.

On May 12, 2010; we whipped Great Olympics 5-1 but three years earlier, on the night of December 19, 2007 (at the opening of the then renovated stadium for AFCON 2008), Great Olympics were again the unfortunate victims, when Kotoko won 5-0 with would-be goal king, Eric Bekoe bagging a hat trick.

Mbella hasn’t been crowned goal king yet. He’s however in good stead to become Kotoko’s third attacker to be decorated with that honour in 15 years after Eric Bekoe and Alex Asamoah. Mbella is already in the class of Kotoko league scorers who’s hit double figures in 32 years; starting with Thomas Boakye, Prince Adu Poku, Eric Bekoe, Alex Asamoah, Amed Toure and Nathaniel Asamoah.

Whether Mbella can break Hearts of Oak’s Ishmael Addo’s 22-goal GPL record which has stood for over 20 years remains to be seen. With 14 matches left, Mbella may either equal or surpass Ishmael Addo and even if he’s unable to do that, at Kotoko, he would be elevated to the realms of forwards whose performance and goals ignited so much joy.

Aside Mbella is Mfegue, who’s scored six goals in 16 matches out of which he started15. Mfegue has had five assists. Mbella and Mfegue have largely held Kotoko’s account this season. They ought not look back but continue to keep their scoring form. We must as well laud Coach Prosper Ogum and the technical team for their inputs.

The league hasn’t ended but Management ought to be applauded for steering the team quite well. Again, the title is at a considerable distance away from us and every hint of complacency must be done away with. Let the team keep their focus and for Mbella and Mfegue, please, don’t stop scoring.