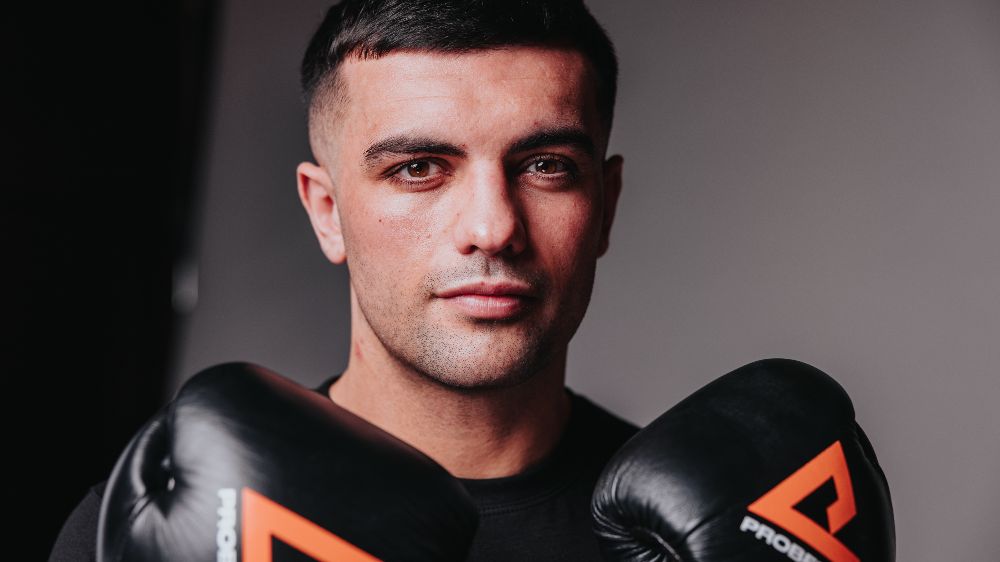 Probellum is today delighted to announce the landmark promotional signing of super-lightweight superstar Jack Catterall – the signature that everyone in boxing wanted.

Catterall is currently ranked number one in the world by ESPN after controversially being denied the chance of taking undisputed champion Josh Taylor’s crown last month in Glasgow after two of the ringside judges inexplicably ruled against him in a decision that shocked the boxing world.

The sport was united in its outrage against the major injustice but Catterall’s masterclass performance did not go unnoticed and British boxing authorities were quick to urge the world sanctioning bodies to install the 28-year-old as mandatory challenger for each of their titles.

To build on that endorsement, he was flown to Dubai to announce his new promotional deal with
Probellum, the global boxing promotion and fastest-growing brand in the sport, ringside as French Olympic gold medallist Estelle Mossley made history in becoming the first female to headline a boxing event in the Middle East at Probellum Evolution on March 18.

Catterall will also have his eyes firmly focused on tomorrow’s WBC final eliminator between Regis Prograis and Tyrone McKenna, and believes that joining Probellum will play a key role in getting him a well-deserved second shot at world glory.

“Everyone in boxing knows that I won the fight with Taylor and that I should be standing here with all four of the super-lightweight belts as the undisputed champion of the world,” said Jack Catterall, nicknamed ‘El Gato’.

“I showed the world that at I am the best man in the 140lbs division and signing with Probellum will provide me with the opportunities to claim the belts that are rightfully mine.

“I will be ringside again on Saturday night here in Dubai, to watch Prograis against McKenna very closely and I really fancy a fight with the winner. I just can’t wait to get back in the ring and fighting again.”

“This is another huge moment for the Probellum business. Jack is the hottest signature in boxing right now and everyone was making moves to sign him,” commented Richard Schaefer, President of Probellum.

“He decided to join us because he buys into the Probellum mission to change boxing and knows we are the right promoter to fulfil his clear ambition to become the undisputed world champion.

“I was absolutely stunned about what happened in Glasgow and there is no doubt in my mind that Jack should be walking around as the undisputed super-lightweight champion of the world right now.

“We feel his pain and Probellum will leave no stone unturned to make sure Jack quickly gets the chance to fight for the world titles that should already be his.”

The company has also recruited the next generation of stars with Peter and Joe McGrail, Mark Dickinson, Pat and Luke McCormack and Shabaz Masoud among the young talents under the Probellum umbrella.