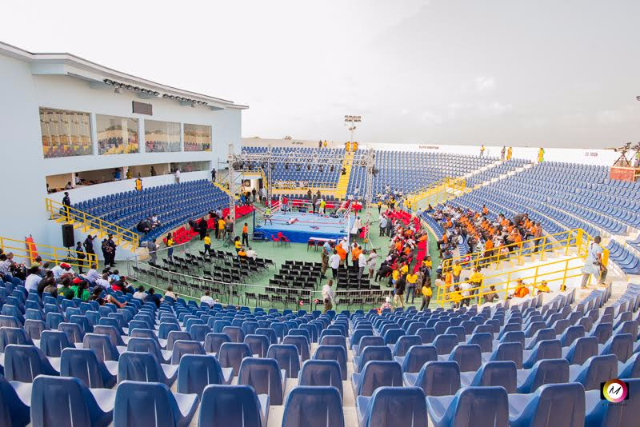 The Trust Sports Emporium Limited (TSEL), handlers of Bukom Boxing Arena in Accra, has refuted claims by the Ghana Boxing Authority (GBA) that it opted to rent out the venue for a musical concert instead of the Ghana Professional Boxing League fight night III which was scheduled for Saturday, March 19.

The TSEL described the GBA’s statement as a misconception and untruth which doesn’t represent the true definition of the facts of the matter.

In a statement issued by the management of the TSEL, the company explained that the GBA had initially reserved to use the Ga Mashie Hall for the postponed Ghana Professional Boxing League fight night III but later asked for a change of facility to the Bukom Boxing Arena.

The statement noted that the TSEL could not grant GBA’s wish since the Bukom Boxing Arena had been booked by a client for Saturday, March 19 with contracts signed leading to the postponement of the league.

“Contracts have been signed and the TSEL was bound by them. The GBA was accordingly informed that the Bukom Boxing Arena was contract bound so it was unavailable but the Ga Mashie Hall that the GBA had initially booked was still available,” it added.

Meanwhile, the TSEL deemed it regrettable that the GBA publicly announced March 26 as its new date for the Ghana Professional Boxing League fight night III without any consultation especially when the Bukom Boxing Arena would not be available for the said date.

The statement said the GBA made the announcement before writing to them to ask about the availability of the venue for their March 26 event.

“The Executive of the TSEL have noted with disappointment publications in the social media and news websites about the GBA having moved the Ghana Professional Boxing League Fight Night 3 from the 19th March to the 26th March. This is regrettable because the GBA did not consult with the TSEL about the availability of a specific facility for use on the 26th March. The Bukom Boxing Arena has been booked by a client for the 26th March 2022. Binding contracts are in place so it is most unfortunate that the TSEL was not consulted about the 26th March date before that information was made public.

“We hasten to add that yesterday, 17th March 2022, we received a letter from the GBA dated 16th March 2022 captioned as “Re: Re-arrangement of venue”. In the said letter the GBA has proposed dates including the 26th March 2022 for the use of the Bukom Boxing Arena and requested of the TSEL as follows “the Ghana Boxing Authority would like you to confirm if the Bukom Boxing Arena will be available on these dates for the continuation of the boxing league”.