Luzhniki Stadium was the place for peace, today it looked like the lobby of the Apocalypse - Gianni Merlo, AIPS President 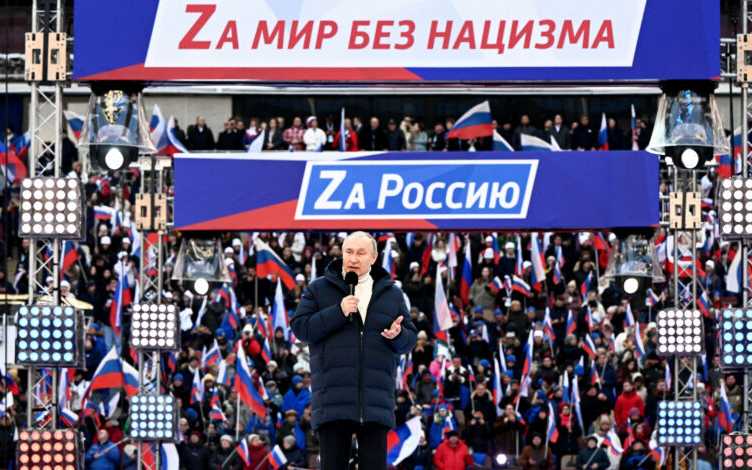 Russian President Vladimir Putin gave a speech marking the eighth anniversary of Russia’s annexation of Crimea at the Luzhniki stadium in Moscow on March 18, 2022. (Photo by Sergei Guneyev/Pool/AFP via Getty Images)

I apologize immediately because this time I am writing not as the president of the Association but as a sports journalist wounded by the images of the Moscow oceanic gathering, in which Vladimir Putin floated as the Apocalypse Messiah. I hope colleagues forgive me for using this space for personal considerations.

I was a kid in that stadium, then called Lenin, during the USSR versus United States track and field meeting. There, Brezhnev and Harriman were in the stands discussing “relaxation” between the two powers. It was the time of the “Iron Curtain”. There was great tension, but it was nothing compared to the current one. Sport really was an opening tool.

Then I was at that same stadium, which has been modernized and renamed Luzhniki, for the 1980 Olympic Games, which were boycotted by many Western countries due to the USSR’s invasion of Afghanistan. It was right to save the Games and that joint action of various Olympic committees saved the future of the IOC, which was in agony. That forced action changed the history of world sport, but now sport has been called to a new, different, difficult action, because the magical formula of the Olympic Truce, which Putin has sent into the garbage, is no longer enough.

We must react. The criminal cynicism with which Putin still defines the invasion as a simple “special military operation” is very clear and around him there was a blaze of flags. We also saw many young people, drunk on the idea of being omnipotent. If we look back on the other oceanic crowds associated with Hitler and Mussolini before the Second World War we will find the same atmosphere, the same disinformation.

Thousands of people are dying, millions are fleeing. All soldiers will come home one day with terrible trauma in the mind. The war industry is booming and does not care about mourning. This is not about only Ukraine – other countries will suffer, other outbreaks will open if we do not stop this war. I ask Russian colleagues to start opening the minds of those who prefer to know the truth in Russia.

It is difficult, dangerous, but the war is more. I admit it too, as many, I have been blind in the past to similar tragedies, far from our hearts and therefore considered less relevant, when instead it would have been advisable to intervene, because violence is like a virus, it is contagious and fatal.

Sport has to change the attitude and not offer more excuses to those betraying the good conscience of people. Our goal is peace among people, we must promote openings for younger generations, defend our freedom of expression, elements that are the basis of every true civil society.