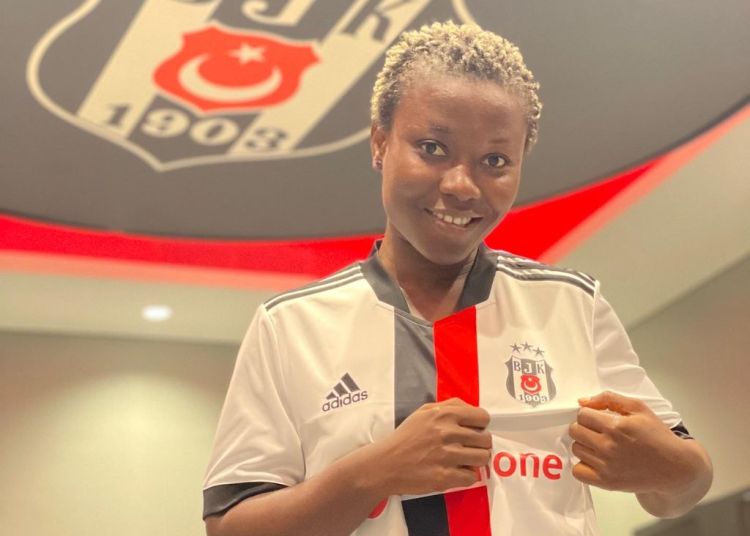 The Black Queens captain was unveiled on Saturday, 19th March 2022 after passing her medicals at the Acibadem Fulya Hospital.

The 28-year old attacker will be with the Turkish side until the end of the ongoing season.

Addo began her career in Ghana, playing for Tesano Ladies F.C. in 2003 and later signed for Athleta Ladies F.C locally known as “Ashaiman Ladies” based in Ashaiman in the year 2007–2012.

She has played for ten different clubs in her football career.

Addo has spent most of her playing time outside Ghana, having also played for Ferencvárosi TC in Hungary, North Carolina Courage in the USA and Djurgårdens IF of Sweden.