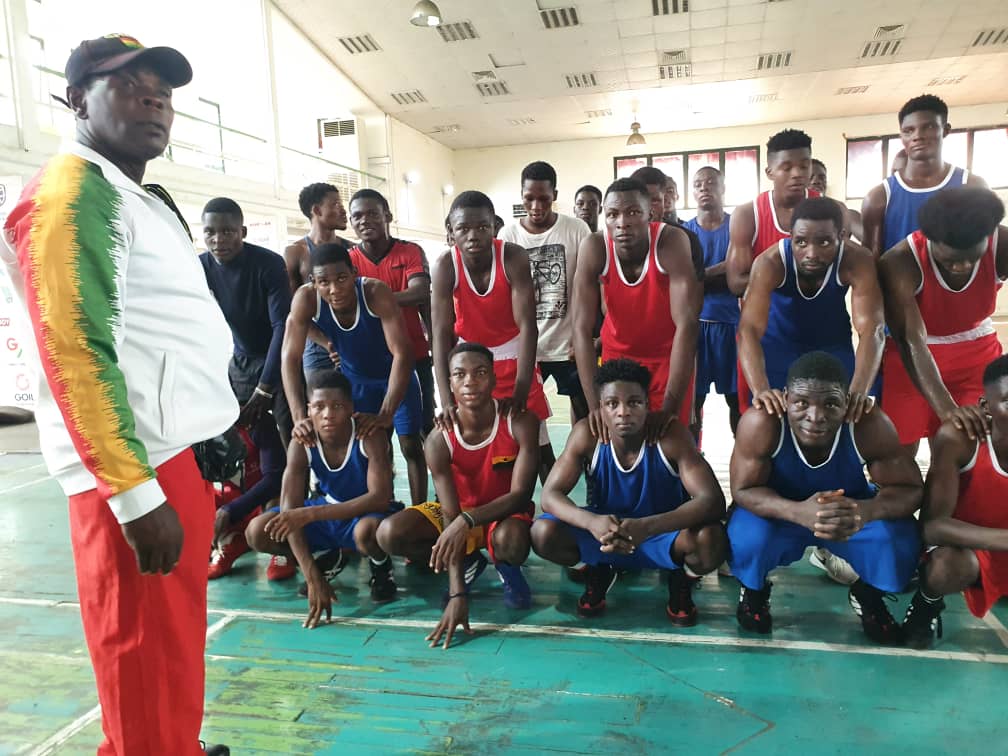 The reconstituted Black Bombers and coaches earlier on Wednesday 23rd March, 2022 commenced a non-residential training at the D.G. Hathiramani Hall of Accra Sports Stadium in preparation towards the 2022 Commonwealth Games to be held in Birmingham-United Kingdom, 29th July to 8th August, 2022.

With the successes at the Tokyo 2020 Olympic Games where 20 year old featherweight, Samuel Takyi broke the country’s 29 year medal drought winning bronze, the only medal by the Ghanaian contingent and also Africa’s only boxing medal at the 2020 Olympics Games.

The new leadership of the Ghana Boxing Federation, managers of the Black Bombers led by Bernard Quartey (President) and his team have vowed to sustain the momentum by winning more medals for Ghana based on the talents displayed during last month’s National Amateur Individual Boxing Championship bouts organized to select boxers for the new Black Bombers.

The non-residential training could last for three (3) months before some weeks residential camping prior to departure to the Commonwealth games proper.

Here are more photos from day one of the Black Bombers journey to win more medals for Ghana at the Birmingham 2022 Commonwealth Games: