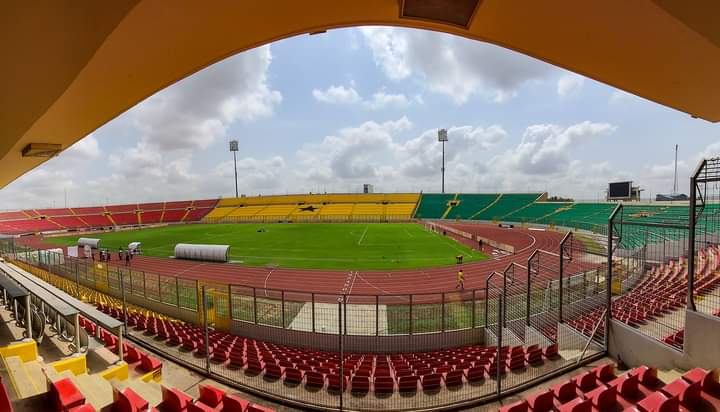 After a couple of hours since the E-ticket for the first leg of 2022 Fifa World Cup playoffs between Ghana and Nigeria went live, the 5,000 seats allocated for VIP out of the total seating capacity of 40,528 have been sold out, it can be confirmed.

With each VIP ticket going for GH₵100 ($13.3), many Ghanaians and Nigerians have bought them and are now patiently waiting for Friday to support their respective country in a bid to make it to Qatar 2022.

National Sports Authority (NSA) of Ghana teamed up with Ministry of Youth and Sports as well as Ghana Football Association to come up with an easy way of purchasing tickets for the cliffhanger encounter in order to avoid the usual stress which supporters and enthusiasts go through.

Fans can now easily buy a ticket with their phones by dialing the short code *711# and then select option 2. They later fill a short form and their tickets numbers with barcodes will be sent to them for verification at the gates on Friday.

Anyone who wishes to be at the stadium can purchase a ticket for himself or herself as well as other friends and relatives. One mobile number can buy two tickets in order to avoid hoarding and black market.

As at Wednesday evening, the tickets left on the market were East Stand (Yellow) popularly known as Centre-line which goes for GH₵50 per ticket.

Also, some tickets for North Stand (Red) and South Stand (Green) are still available and each ticket costs GH₵30 respectively.

Ghana’s squad touched down in Kumasi on Tuesday and they later trained at the Baba Yara Sports Stadium with 26 players since Jordan Ayew was yet to report due to ill health.

However, the Crystal Palace forward arrived on Wednesday from England and has joined his teammates to fine tune ahead of the game.

Meanwhile, Nigeria’s contingent will arrive in Accra, Ghana on Thursday morning. They will connect another flight from Accra to Kumasi and later train at the Baba Yara Sports Stadium which will host the game.

The Nigerians are expected to lodge at the Golden Tulip Hotel between Thursday and Saturday.