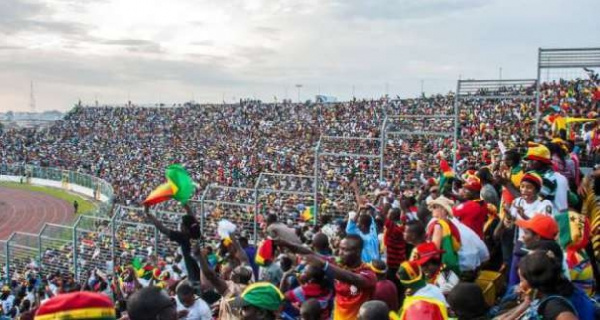 Kumasi will play host to Ghana and Nigeria as the two rivals lock horns for one slot in the 2022 FIFA World Cup. The fans gave the Stars a rousing welcome from Accra when they entered the Garden City on Tuesday.

The Black Stars are poised to win against the Super Green Eagles in the titanic clash in Kumasi. The match comes off this Friday, March 25, 2022 at the Baba Yara Sports Stadium in Kumasi. Kickoff time is 19: 30 GMT.

They seek their fourth time appearance at the FIFA World Cup. The Stars featured in the 2006, 2010 and 2014 FIFA World Cups respectively.

Ahead of the 2006 FIFA World Cup, Ghana played tight games but the dedicated fans of Kumasi ensured the team qualified for their first appearance. Ghana beat South Africa 3-1 at the Baba Yara Stadium in 2005 to put themselves in pole position to qualify.

They had to come from behind in a tight encounter at the same stadium to beat Burkina Faso 2-1. The fans sat through the rains to ensure the game was won to ensure Ghana make it to Germany 2006.

As part of the qualification for the 2010 FIFA World Cup, the Stars had to dig deep to beat Benin 1-0 in Kumasi. The fans made consistent noise to push the Stars to earn the all important three points.

In 2013, Egypt were torn into shreds when they lost 5-1 to Ghana during the 2014 FIFA World Cup Qualifiers. The Kumasi fans filled the stadium to its capacity and made life challenging for the Egyptians in the said match.

The Stars have returned to Kumasi after failing to qualify for the 2018 edition and Nigeria are expected to fall.