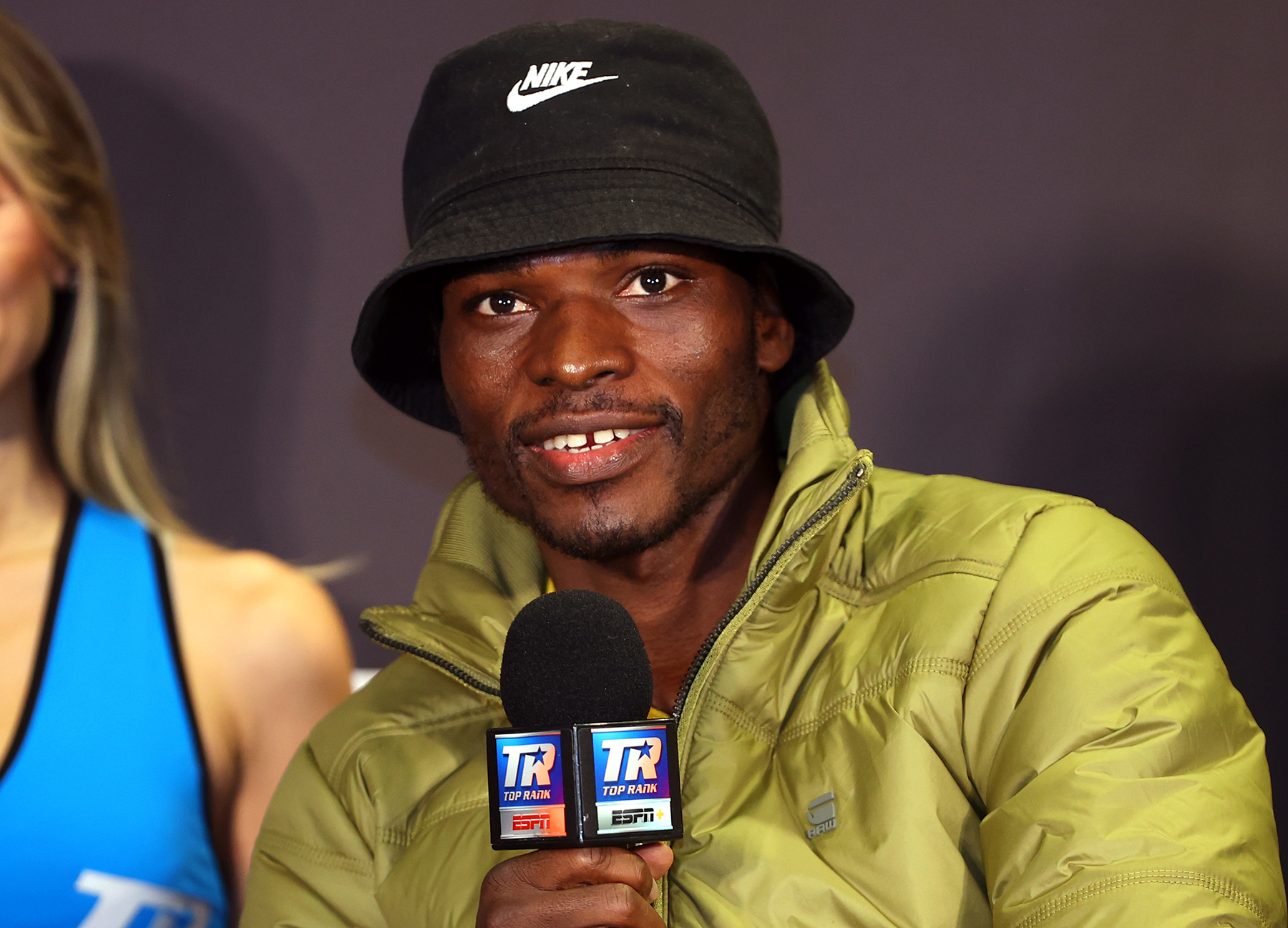 Richard Commey says he’s looking to the future, not the past.

The future is this summer, when he says he’ll be ready to get back in the ring again to resume his boxing career. The former IBF lightweight titleholder from Ghana says he just returned from vacation and will be ready to fight by July.

The past is his decision loss to Vasiliy Lomachenko, who dropped Commey in round 7 of their lightweight bout in December en route to victory.

“I don’t think I did so bad. I was fighting with one of the best of this era of boxing. Loma needed to be his best to beat me and he was his best on that night. It’s boxing, sometimes we win and we lose,” said the 35-year-old Commey (30-4, 27 knockouts) Thursday night while attending the fights, which were promoted by Erez David’s One For All Promotions at Melrose Ballroom in Astoria, Queens, N.Y.

Commey (fourth from left) was announced in the ring alongside Mark Breland, Sadam Ali and Bruce Carrington, among others. Photo by Ryan Songalia

Despite the loss, Commey had nothing but praise for Lomachenko, who has removed his name from consideration for a fight with undisputed lightweight champion George Kambosos Jr. in order to defend his home country Ukraine against Russian invading forces.

“He’s been fighting for and representing his country for so long, since he put on the gloves. His country is in crisis now, so I think it’s the right decision for him to go back and defend his country. I take my hat off to him for making that decision, and I would have done the same for my country,” said Commey.

As for his own fighting career, Commey says he’d prefer to get back in the ring with the biggest names available.

“I want to fight all them guys. [Devin] Haney, [Gervonta] Davis, all of them. It doesn’t really matter. I want to fight the best out there,” said Commey.