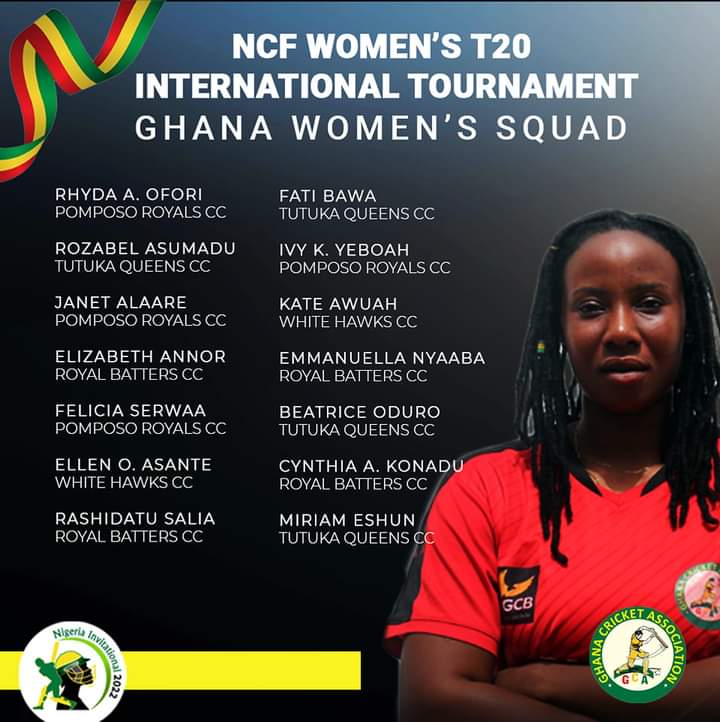 The Ghana Cricket Association (GCA) after completing the camping preparations towards the upcoming Women’s T20 International at Lagos, have named the final 14 squad on Friday, March 25, 2022, from the 16 earlier called.

With determination and the goal of being the most competitive side in Lagos, the senior national women’s cricket team is optimistic of leaving a mark at the Tafawa Balewa Square cricket pitch in Lagos from now till the return on April 4, 2022.

With Cameroon pulling out, and the format of the tournament changing, Ghana is expected to play Rwanda, Sierra Leone, The Gambia, and Nigeria in that order in a single round robin, to determine the first 2 for finals and 3rd and 4th for third place.