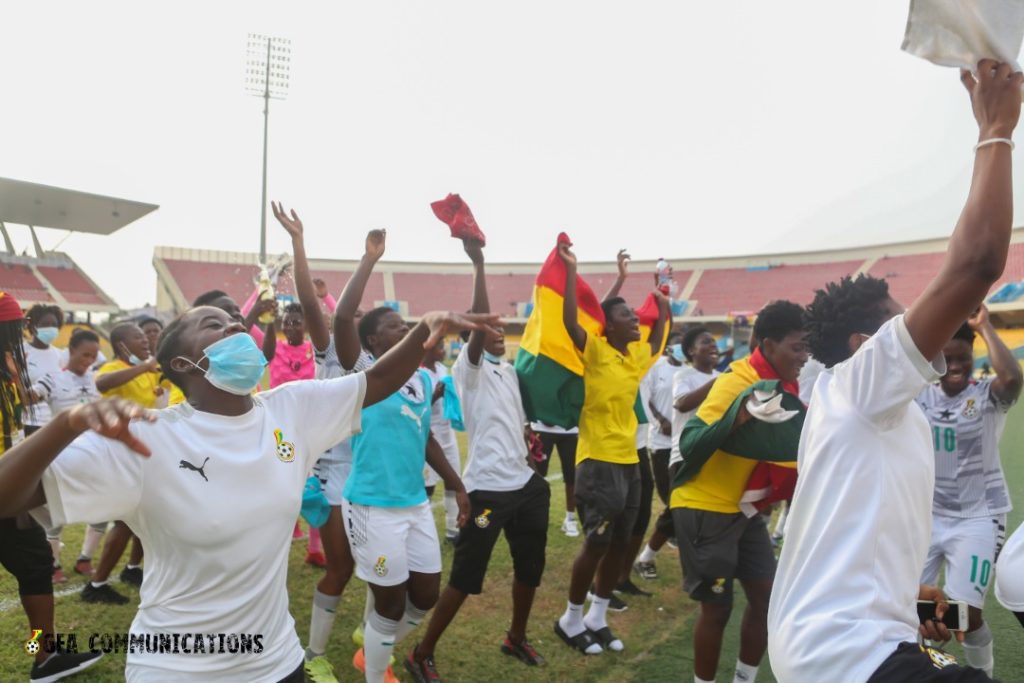 The Black Princesses of Ghana beat Ethiopia 2-1 on Sunday to secure a ticket to the FIFA U-20 Women’s World Cup to be staged in Costa Rica in August 2022.

The Princesses went into the game with a three goal advantage from the 1st leg but were made to toil for the double against a well drilled side from Ethiopia. Ghana started the game on a front foot by creating chances in the opponents’ area. Salamatu Abdulai made no mistake as she converted the second chance of the game in the second minute to put the Princesses ahead.

The Princesses kept possession for majority part of the opening minutes and that resulted in the second goal. Cecilia Nyama laid a beautiful pass to Salamatu Abdullai who planted the ball beyond the reach of the goalkeeper to grab her second of the day.

Ethiopian kept pushing for a goal and found the back of the net in the 29th minute through a free kick.

The first half ended 2-1 in favour of Ghana but the Ethiopians came back from the break very much poised for an equaliser.

The Black Princesses pressed to extend their lead but the Ethiopians denied them on several occasions as they possessed the ball in midfield.

Ghana ended the game with 10 players as shot stopper Cynthia Fiindib Konlan was shown the exit in the 86th minute when she came out of her goal area to save a ball outside the box.

The Black Princesses held on to win 2:1 in favor and progressed on a 5:2 aggregate score after winning the 1st leg 3-0 in Addis Ababa.

The 2022 edition of the FIFA Women’s U-20 World Cup will be staged in Costa Rica in August.

The biennial competition will be the Black Princesses 6th consecutive appearance.