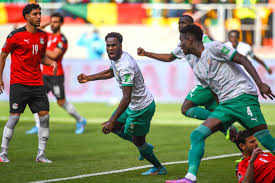 The result was a repeat of the Africa Cup of Nations final two months ago when Mane again scored the winning penalty against the same opponents.

Senegal dominated most of the proceedings and Egypt were indebted to keeper Mohamed El Shenawy who produced a series of stunning saves to deny Pape Abdou Cisse and Ismaila Sarr in extra-time.

Salah blazed Egypt’s first penalty over the bar and after both sides contrived to miss their first four spot-kicks combined, it fell to Mane to seal his side’s passage to Qatar.

Thomas Partey’s early goal saw Ghana also qualify for the finals after a 1-1 draw with Nigeria in Abuja, which proved enough to send the Ghanaians through on the away goals rule.