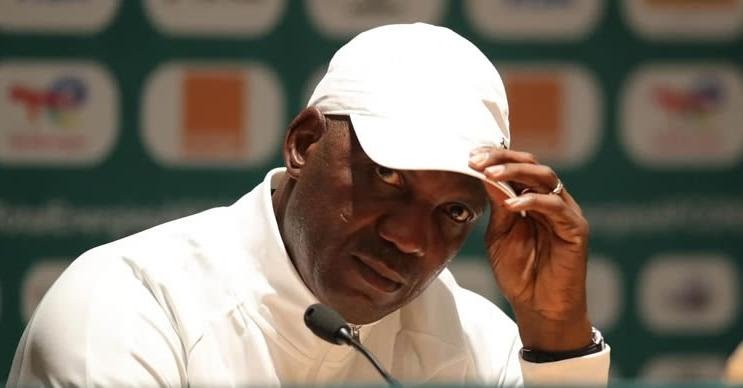 According to an insider source within the Nigeria Football Federation (NFF), Eguavoen decided to throw in the towel after the Nigerian senior men team failed to qualify for 2022 FIFA World Cup scheduled for Qatar between November and December, 2022.

The source said Eguavoen has handed over his resignation letter to NFF. However, the Nigerian Football Federation, NFF is yet to release an official statement.

Nigeria played 1-1 draw with Ghana inside Moshood Abiola National stadium Abuja, but could not go through due to away goal deficit.

After the match, there has been increased call for the President of NFF Amaju Pinnick to resign, but he has remained adamant.

The NFF had handed a two-year contract to Eguavoen two days before the first leg of the World Cup play-off against Ghana.

It is now clear that the Super Eagles will soon have a new coach. Meanwhile Nigerians are calling for a total overhaul of the football federation.