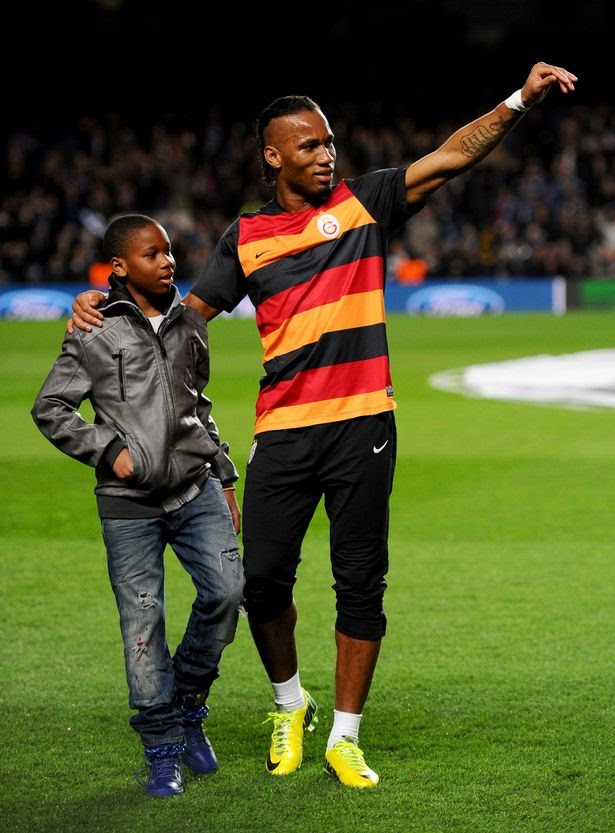 Isaac Drogba – the son of Chelsea legendary striker Didier – has gone AWOL with his Portuguese club Academica claiming they do not know his whereabouts.

The 21-year-old joined up with the B team of Academica – a second-tier club in Portugal from the famed student city of Coimbra – in September after leaving Italian side Catarese. In January, he reportedly told the club that he was going to France to take some secondary school exams over the weekend, but never came back.

A report from Portuguese outlet ZeroZero claims that while the forward has a contract in place with the club, neither his coaches nor his teammates know of his whereabouts. They claim that no contact has been made by Isaac in over two months.

Isaac Drogba began his professional career at Chelsea, where his father Didier established himself as a club legend after winning 14 trophies during his decorated time at Stamford Bridge, including four Premier League titles and the Champions League crown in 2012. Indeed, the Ivorian striker was influential in that final against Bayern Munich – netting the equalising goal before striking the winning penalty in Germany, sealing the Blues’ first ever title in Europe’s premier club competition.

However, Isaac never featured in the first-team setup at Chelsea and departed Stamford Bridge for French club Guingamp (another of Didier’s former clubs) in 2018 before heading to Italy just over a year ago, joining Serie D side Folgore Caratese. After a year in Italy, he moved to Academica in September last year but had not been training nor playing with the first-team.

Academica’s B-team coach Miguel Carvalho explained to Portuguese media: “He is a fun, fast, technically good striker, he needed time to grow. The one who comes from outside always he needs some time and he didn’t have it. He left and we don’t know if he’ll come back. It’s a shame to be a bit settled because the quality is there. We agreed on a return date and he didn’t show up. We haven’t heard anything more about him.”

Matheus Palmerio – Isaac Drogba’s teammate at Academica – added: “Isaac lived in our house for a few months, he was welcomed. In January he said goodbye to us, said he was going to spend the weekend in France with his family and didn’t come back. Honestly, I don’t even know if he’s coming back.”

On his social network accounts, Isaac Drogba’s last post dates back to December and the day of his 21st birthday. In the photograph he appears to be on a street in Portugal – but he has not posted any updates since.

Carvalho added, when pressed on what he thought may be behind Isaac’s absence: “I met a good boy. The difference is that he didn’t need to work to earn money at a higher level. I met many footballers and the ones who really want are the ones who fight.”

Didier Drogba’s representatives have been contacted for comment on these claims by Mirror Football, but at the time of publication no response has been received.