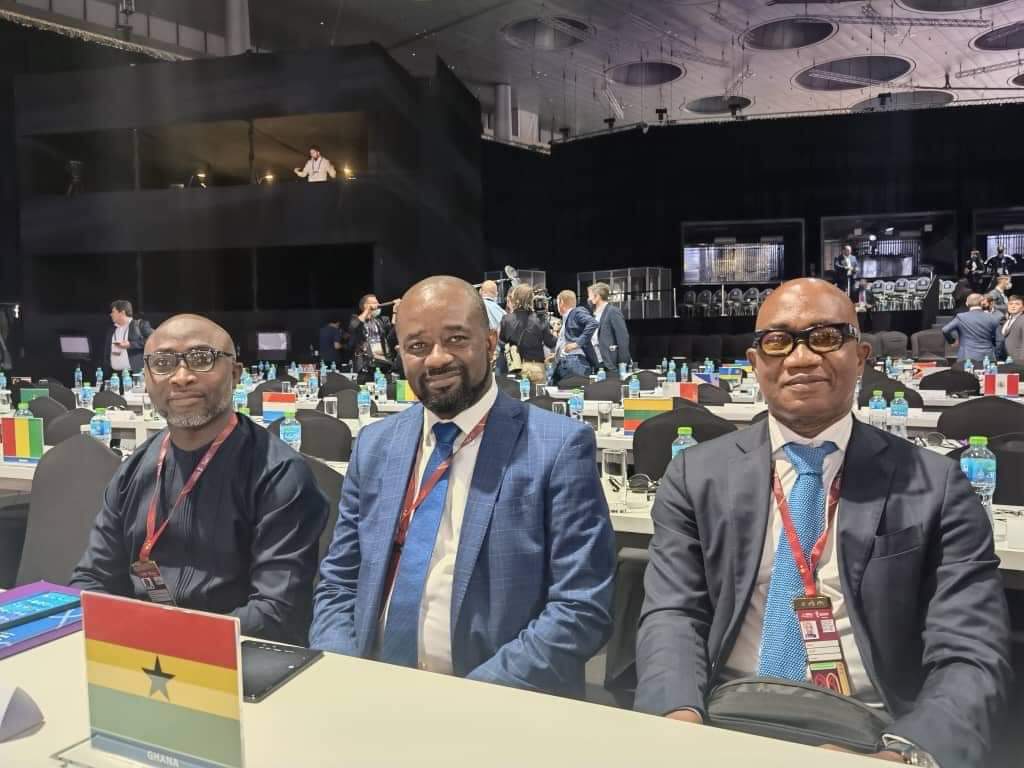 The five African countries that have qualified for the FIFA World Cup Qatar 2022™ will know their fate on Friday night, 01 April 2022 at the Final Draw in Doha, Qatar.

African champions Senegal are among the five teams from the continent that booked their places following Tuesday night’s second-leg of the FIFA World Cup playoffs.

The four other countries that joined the Teranga Lions are the Indomitable Lions of Cameroon, Ghana’s Black Stars, Atlas Lions of Morocco and Tunisia’s Eagles of Carthage.

Host nation Qatar, as it is the norm, will be placed in position one of Group A of the draw.

The indomitable Lions topped Group D with 15 points, off five wins and a single loss. Their only defeat was against Ivory Coast away from home. They completed home and away doubles over Mozambique and Malawi.

They sealed qualification to the play-off round on the final day, with a 1-0 win over Côte d’Ivoire in Douala.

In the play-off round, Cameroon lost 1-0 at home to Algeria, but a never-say-die attitude in Blida saw them win 2-1 with a last minute goal and progress to Qatar on the away goal rule.

The Black Stars sealed a ticket to the play-off round on the final day, with a win over South Africa at home as the two sides finished with 13 points each. With similar goal difference, Ghana edged out \Bafana Bafana \on account of scoring more goals.

Ghana won four matches, drew one and lost one, against the South Africans in Johannesburg. They scored seven goals in six matches and conceded three, skipper Andre Ayew being their top scorer with three.

In the play-off round, Otto Addo’s boys progressed on the away goal rule after drawing 1-1 with Nigeria in the return leg in Abuja. They had drawn 0-0 at home in Kumasi but Thomas Partey’s goal at the Moshood Abiola Stadium proved vital.

The African champions had an unbeaten record in Group H, winning five of their six matches. Their only blemish was a 1-1 draw away to Togo on the penultimate round of matches with Habib Diallo scoring a last gasp equalizer.

They scored 15 goals and conceded only four. Famara Diedhiou was their top scorer with four goals while Sadio Mane and Ismaila Sarr scored three each.

The Lions of Teranga prevailed 3-1 over Egypt on penalties after winning the return leg 1-0 in Dakar. The result pushed the aggregate score to 1-1, having lost by a solitary goal in the first leg in Cairo.

Keeper Edouard Mendy saved one penalty with Sadio Mane striking home the winner to send them to Qatar.

The Atlas Lions were the only side to progress through the group phase with a 100pc record. They completed home and away victories over Guinea Bissau, Guinea and Sudan to attain a maximum 18 points.

They scored 20 goals and conceded only once, away to Guinea in a match they won 4-1. Ayoub El Kaabi was their top scorer with five goals while Ryan Mmae had four.

The Moroccans were in free-flowing form in the play-off round. Despite a 1-1 draw with DR Congo in the first leg in Kinshasa, they ran riot at home in Casablanca, winning 4-1 to easily make the plane to Qatar.

Tunisia topped Group B with 13 points off four wins, a draw and a loss. They dropped points in the 0-0 draw away to Mauritania, and their only defeat also came on the road, a 1-0 loss against Equatorial Guinea in Malabo.

The Carthage Eagles scored 11 times with veteran Wahbi Khazri contributing to three goals as their top scorer. They conceded only two goals.

The Tunisians were forced to sweat by Mali, though they eventually edged them out 1-0 on aggregate. An own goal in Bamako gave them a slight 1-0 edge and they were held to a 0-0 draw at home in the return tie.

But, the return on the road proved to be vital as it hoisted them into Qatar.