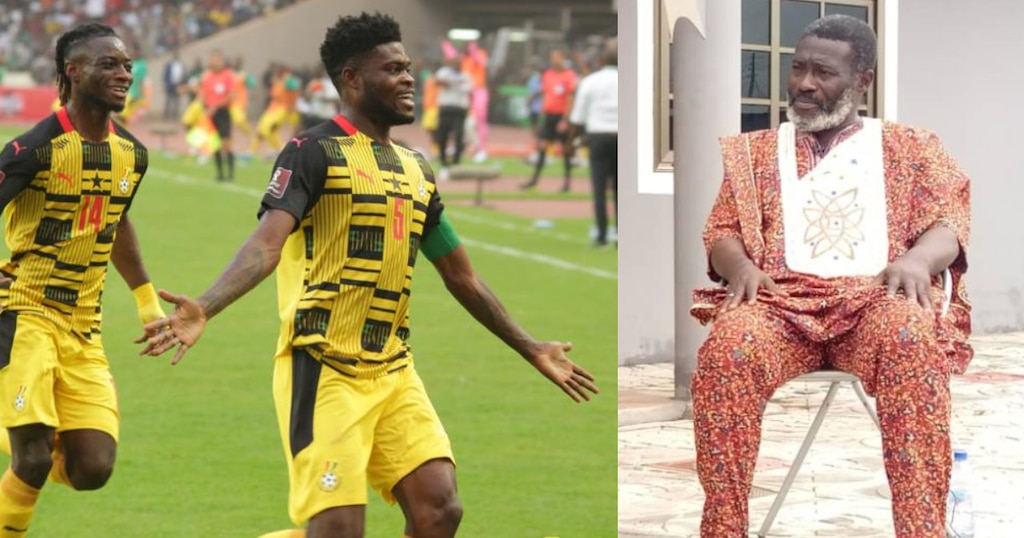 Thomas Partey’s conversation with his father on the eve of the game between Ghana and Nigeria in Abuja will pass on as an emotional father and son moment. The Arsenal star had a call from his father, who was concerned about the welfare of his son and his teammates, after the light went off at the Moshood Abiola stadium during the team’s training.

In an interview with Angel TV, Mr Jacob Partey revealed what he and his spoke abo as Thomas Partey promised to score and make him and Ghana proud.

“I called my son (Thomas) when I heard on the news that the lights at the stadium in Abuja were off, he assured me that everything will be fine,” he said on Angel TV.

“I then prayed for him, that God should be with him. He confidently respond to me that he was going to score and make us proud.”

Thomas Partey’s tenth minute strike against the Super Eagles proved important at the end of the game, as it sealed qualification for the Black Stars of Ghana.

Ghana qualified on the away goal rule after a goalless draw in the first leg in Kumasi at the Baba Yara Sports stadium. The Black Stars will find out their group opponents for the World Cup on Friday, April 1.