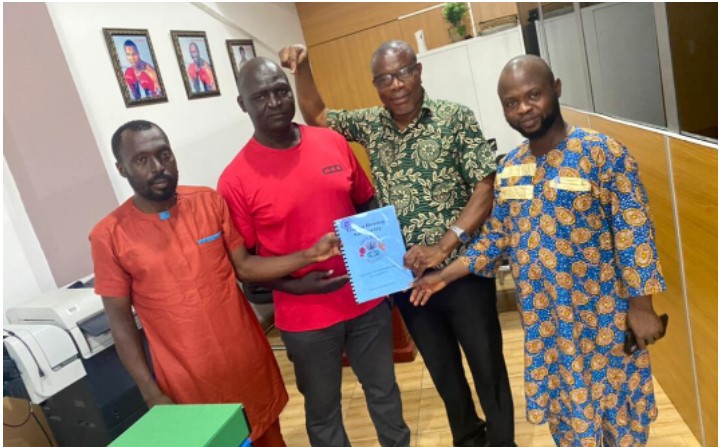 Alhaji Mohammed Abdul Samadu, the Chief Executive Officer (CEO) of All for One Promotions and Alhaji Khuzaima Mohammed Osman, the CEO of New Fadama City (NFC) Gym under the Fadama Business Centre (FABUC), now share an equal stake of a 50-50 percent in the management of the Ghana national heavyweight champion.

The two managers have pledged to produce and promote younger Zongo boxers within the Zongo communities in Ghana to help alleviate poverty and find sustainable means of living in sports under the newly established Zango Boxing Academy (ZABOA) located in the premises of the NFC Gym at Fadama.

Alhaji Mohammed Abdul Samadu currently manages over 20 boxers in Ghana, some of whom hold national and international titles such as Joseph Akai Nettey, a Royal Boxing Organisation (RBO) world title holder who is also the national light flyweight champion of Ghana.

Alhaji Osumanu said in an interview that, boxing has transformed to be only sports event aimed at entertaining the audience to a profession with huge financial rewards.

He said the new management would ensure that the talents and strength of young men in the Zongo Communities are re-directed towards a worthy venture.