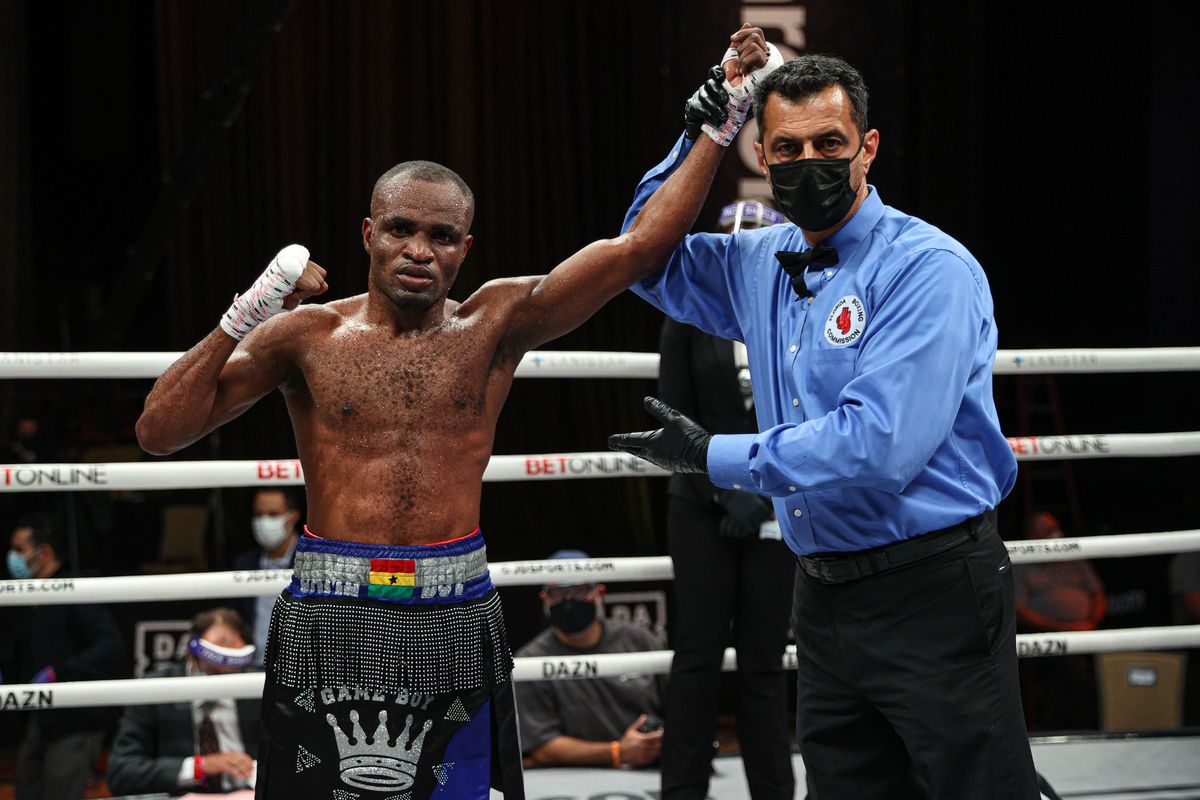 The GBA remain very much interested and involved in this crucial fight because Emmanuel Tagoe is one of Ghana’s finest and proudest professional boxers who have the ability to emerge as a world champion for the second time to all intents and purposes.

The GBA expected this fight in 2020 after Tagoe was assured to fight against Garcia but his managers cancelled the fight for no justifiable reasons and rather drafted him to fight against British boxer, Luke Campbell in a WBC title fight.

The moment the Ghanaian boxing fraternity await is here and Saturday April 9 will be the moment Emmanuel Tagoe will use to reposition himself as one of the best lightweight boxers in the world and a potential world champion anticipating a world title fight against any of the current lightweight world champions.

As the GBA President, on behalf of the GBA Executive Board members, our dear country Ghana, the boxing fraternity and stakeholders, I will like to wish you Emmanuel Tagoe the very best of luck in your preparations and in the ring against Ryan Garcia. The entire country is behind you with prayers and so be rest assured that the GBA will do everything humanly and spiritually possible to support you in this highly awaited boxing contest far away in the United States of America.

The GBA respectfully wishes to use this opportunity to urge Ghanaians wherever they are to offer prayers for Emmanuel Tagoe to emerge as the winner in his fight against Ryan Garcia.

All is set for you to prove your mettle as a well-known world beater, former world champion and a potential world champion. Use the occasion to consolidate your status and make your country Ghana and fans proud. You are the best.