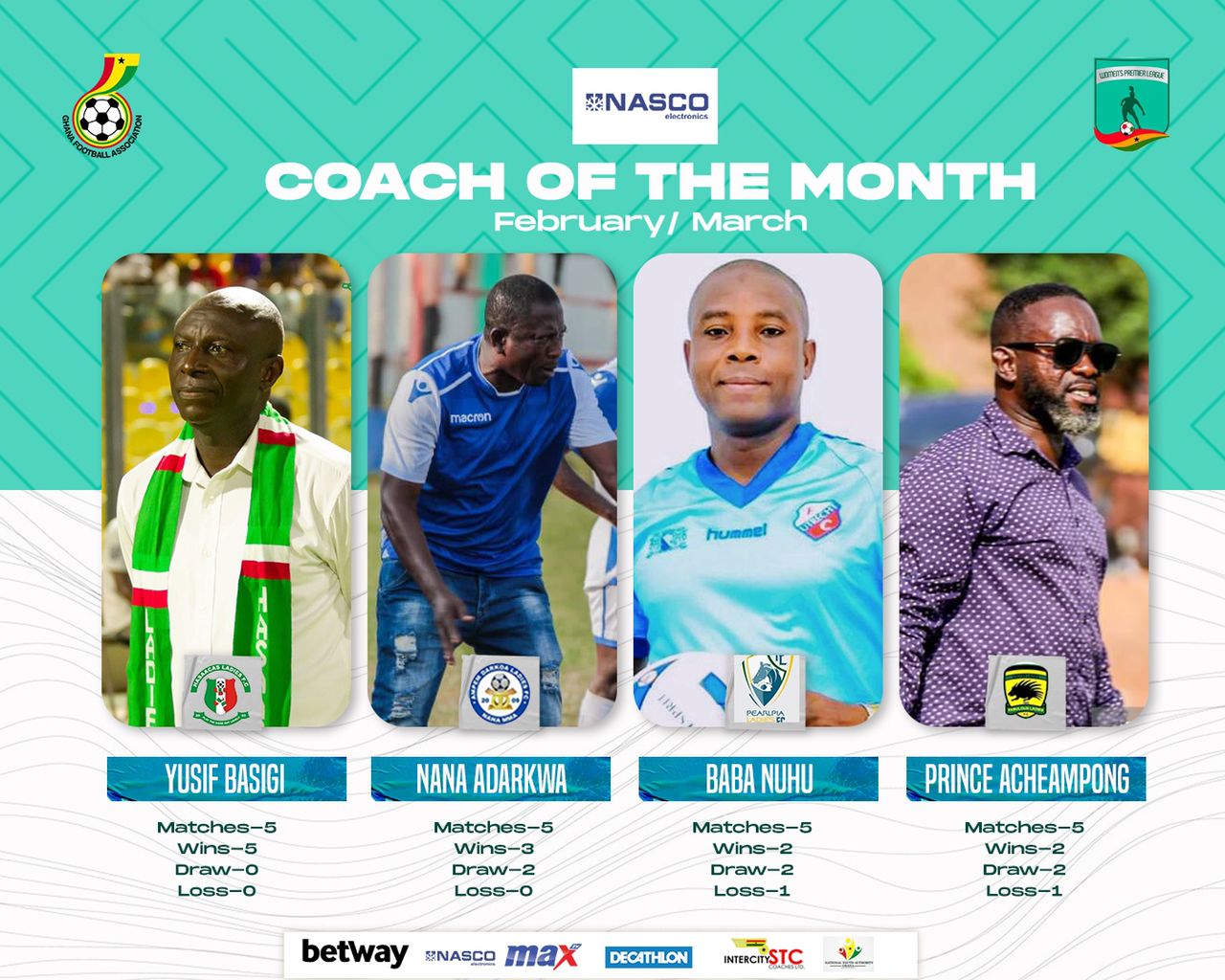 Four astute coaches in the Ghana Women’s Premier League have been nominated for the NASCO Coach of the month.

Coach Joe Nana Adarkwa of Ampem Darkoa Ladies has led his side in showing consistency from the beginning of the season and they are so far the only unbeaten side and currently lead the Northern zone standings with 16 out of the possible 18 points.

The team has so far won four matches in a row and now occupy the apex in the southern zone.

Coach Yusif Basigi of Hasaacas Ladies has shown consistency from the beginning of the season and has a hundred percent record in all five matches played. His side leads the Southern zone with 30 points in thirteen matches.

Coach Emmanuel Selassie Pentem of Soccer Intellectuals kick off the season with a good start by winning most of their matches, losing only one in the process. His side is currently on the second position with 11 points in the Southern Zone.