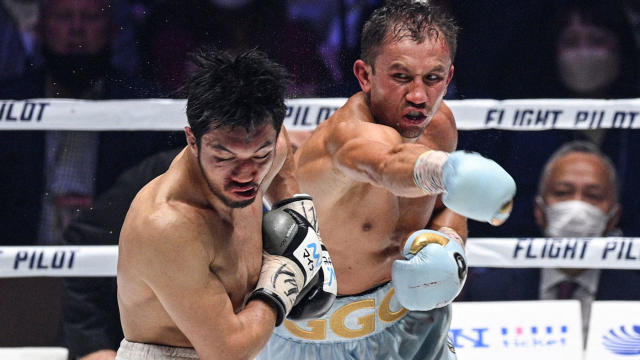 Time is the ultimate opponent of every fighter and for five rounds against Ryota Murata in Saitama, Japan, it appeared time had fully caught up to Gennadiy Golovkin. Mid-fight adjustments and his trademark power were enough for Golovkin to storm back and score a ninth-round TKO to unify the IBF and WBA middleweight titles, and perhaps more importantly, move one step closer to locking down a third fight with Saul “Canelo” Alvarez.

Murata utilized a relentless body attack and consistent pressure to throw Golovkin out of sorts. Golovkin’s footwork was not sharp and every clean shot to the body by Murata lowered Golovkin’s guard more and more.

Golovkin, one day after turning 40, turned the tide in the sixth round with a crushing right hand that sent Murata’s mouthpiece flying. The moment appeared to energize Golovkin as he became more consistent with unloading combinations of punches and forcing Murata into fits of defense.

With Murata’s offense stifled, Golovkin continued to unload, forcing Murata to battle not only with being hurt but clearly tiring as a result of the brutal and high-output war.