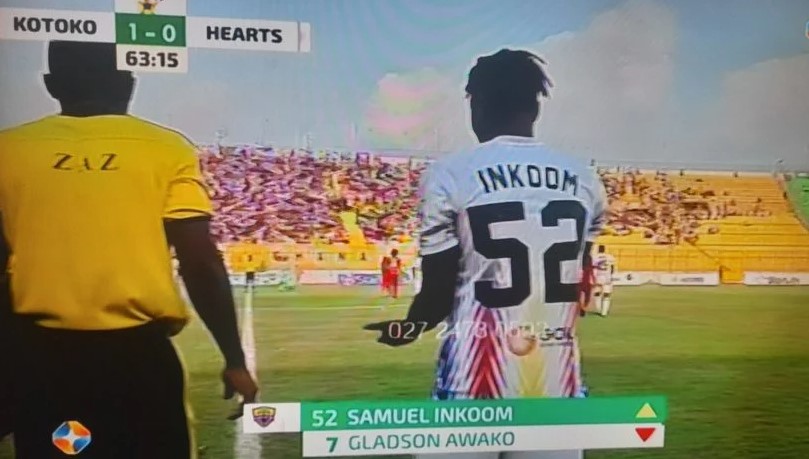 Former Ghana defender Samuel Inkoom has made his debut for Hearts of Oak in their Premier League clash with rivals Asante Kotoko, replacing Gladson Awako.

The 32-year-old was introduced in the 63rd minute to replace midfielder Gladson Awako in a technical shuffle by coach Samuel Boadu.

ex-Ghana defender enjoyed great time in Kumasi in the 2008-2009 season where he excelled with the Porcupine Warriors.

Inkoom left Ghana in 2009 after assisting Asante Kotoko to a league title win.

Inkoom returned to Ghana earlier this year after 13 years abroad in a bid to relaunch his career.

The right-back played for 11 clubs, including Swiss heavyweights Basel and FC Dnipro of Ukraine.

He was a member of Ghana’s squad that won the FIFA U-20 World Cup in Egypt in 2009 before becoming a regular for the Black Stars.

The right-back was a member of the Black Stars squads for the 2010 and 2014 World Cups, which were held in South Africa and Brazil, respectively.