Gavin Gwynne: This would make history for Wales 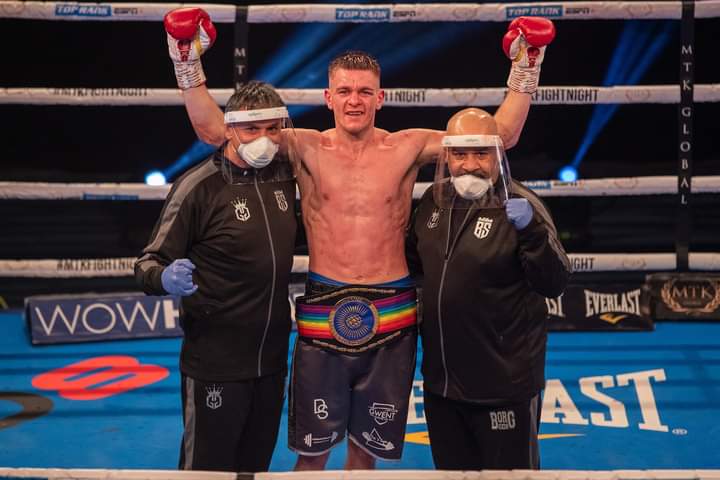 Gavin Gwynne plans on making history for Merthyr and Wales when he faces Luke Willis for the British and Commonwealth lightweight titles on Friday’s huge #MTKFightNight.

This week’s stacked show takes place at York Hall in London and will be broadcast live in the US on ESPN+ in association with Top Rank.

Gwynne (14-2, 3 KOs) is the reigning Commonwealth champion, while the vacant British title will also be up for grabs in the showdown against undefeated Willis (11-0, 1 KO).

Victory for Gwynne would see him become the first British champion from Merthyr in over 40 years, following on from the legendary Johnny Owen, and the 31-year-old plans on doing Wales proud.

Gwynne said: “I want to go down in history and make a legacy for myself. A lot of people say they’re fighting for their families and everything else, but when I step into the ring I’m fighting for myself.

“My boxing journey so far has had a lot of ups and downs and it’s been a rollercoaster. I’m getting back up there now and we’re only a few fights from a mega fight. This is my third attempt at the British title and it will mean the absolute world to me to me to win it.

“Wales has got a long history of world champions, with the likes of Lee Selby, Gavin Rees, Nathan Cleverly and Joe Calzaghe, so it would be amazing to put my name alongside those.

“I’ve been putting everything into this. My body has been through torture in this camp to make sure I’m 100% right on April 15th. This is a must win because I’m getting on in the years now. I’m 32 so I don’t want to fall back down the rankings and have to start to build again.

“My prediction for fight night is just a Gavin Gwynne victory. It doesn’t matter whether it comes on points, or by stoppage, I just want to win.”