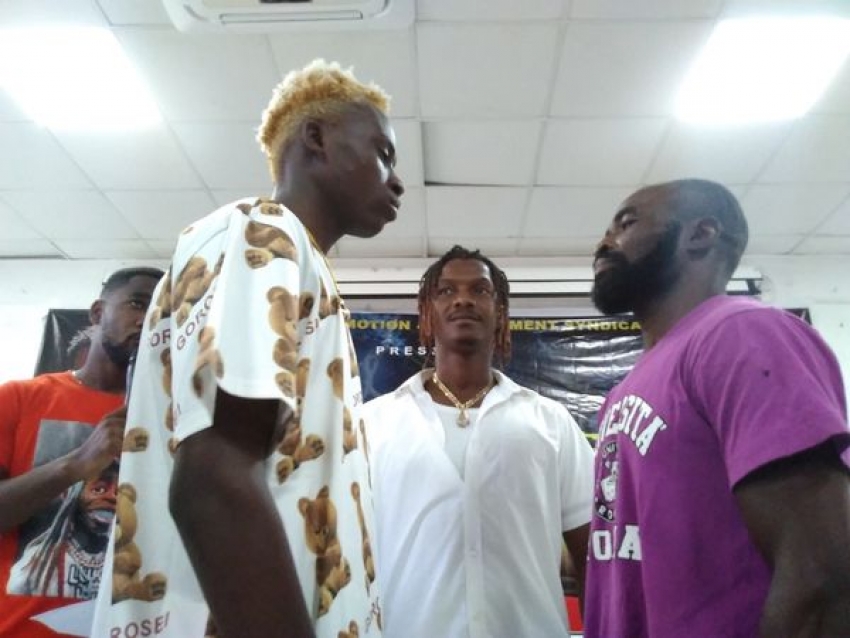 Bazooka Promotions and Management Syndicate led by the great Ike Bazooka Quartey on Monday organised a final press conference to announce the ‘Warriors Way’ show headlined by the professional debut of 2020 Olympic bronze medallist, Samuel Takyi against Kamarudeen Boyefio which comes off at the Ga-Mashie Hall of the Trust Sport Emporium AKA Bukom Boxing Arena in Accra this Friday April 15, 2022.

Clement Quartey, son of Ike Quartey and Director of Bazooka Promotions as well as manager of Samuel Takyi thanked all who have supported them and hinted that they will sell tickets online via *713*33*454#. He said the ticket range from 50 Ghana Cedis for regular, 100 for VIP, to 200 for ringside.

The GBA President, Mr. Abraham Neequaye acknowledged in his remarks that they are happy Samuel Takyi has joined the professional ranks after a tussle with the Ghana Boxing Federation (GBF) who wanted him to be at the Commonwealth Games.

He commended Bazooka Promotions and hoped that Takyi will be a world champion.

He tasked the media to promote Bazooka and the rising star, Samuel Takyi also known as the ‘Ring Warrior.’

Fans of Takyi charged the Mudor Conference Hall with songs to herald the return of Bazooka Promotions and Samuel Takyi, the new king coming up.

The 2020 Olympic Games bronze medallist promised to put up a memorable show and urged boxing fans to come and watch him. He thanked all Ghanaians who welcomed him after the Olympic Games.

He said Kamarudeen has not fought anyone like him and does not know any senior in boxing. Samuel Takyi expressed that he is the best, and believes he can be a world champion within two or three years.

“This bout is so special to me and I have prepared well to give my fans a good fight,” he said.

Coach of Kamarudeen (11-9) Ernest Ofori replied that there are seniors who will show him adequate ring experience.

“We are coming for war, we will teach Takyi what he doesn’t know in the ring, we don’t want to talk much,” he declared.

Michael Decardi Nelson will come up against Dennis Nyarko in a bantamweight clash. All the undercard boxers had the opportunity to brag, so Friday is going to be another great night for Ghana Blboxing.

The bill is sponsored by Uncle Tee, Kara Coco and Special Ice.