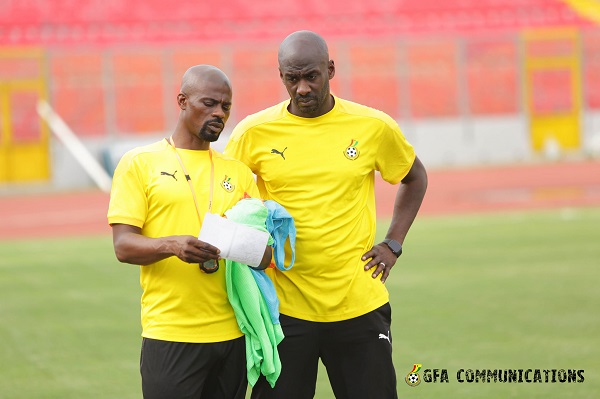 Former Ghana international, Yaw Preko says he is confident that the Black Stars can rise to the challenge at the 2022 FIFA World Cup with the right preparation and mindset by the players.

He said the national team may not have the quality of players with experience on the big stage comparable to Ghana’s 2006 World Cup and 2010 World Cup teams, but he believes the technical handlers can put together a strong playing body who are well motivated to get the job done.

Preko, who played alongside interim Black Stars coach Otto Addo at the 2000 Africa Cup of Nations, says he believes the national team has a good chance against Group H rivals Portugal, South Korea and Uruguay provided the technical handlers fall on the right players.

“We chance make an impact only if Otto Addo, or whoever becomes head coach, invites players who can do the job for him,” he told the Graphic Sports.

Preko, who made 68 senior appearances for Ghana between 1992 and 2007, said it was very important that Ghana’s players approached the game with a strong mindset, and with measured expectations.

He maintained that going into such a tournament with a relatively inexperienced squad, it was important that Ghanaians’ expectations were managed in order to ease the pressure off the players as the underdog tag could work to Ghana’s advantage.

“They should not raise the expectation of the nation too high and put so much pressure on the young players. Let people know that this team is still new and young. We should let the players take it one match at a time then we see how it goes.

The players should just go and enjoy themselves. As we did in 2006 the approach was ‘this is our first World Cup; the expectations shouldn’t be too high but all we need to do is not to go and disgrace ourselves and due to that we came out of the group,” said 47-year-old Preko, who is the head coach of the national u-15 team and an assistant coach of Accra Great Olympics.

On the threat of Portugal captain Cristiano Ronaldo, Preko said the Portuguese star was no longer what he was previously but he was surrounded by top class players who could help him make the difference and advised the players to be careful about that.