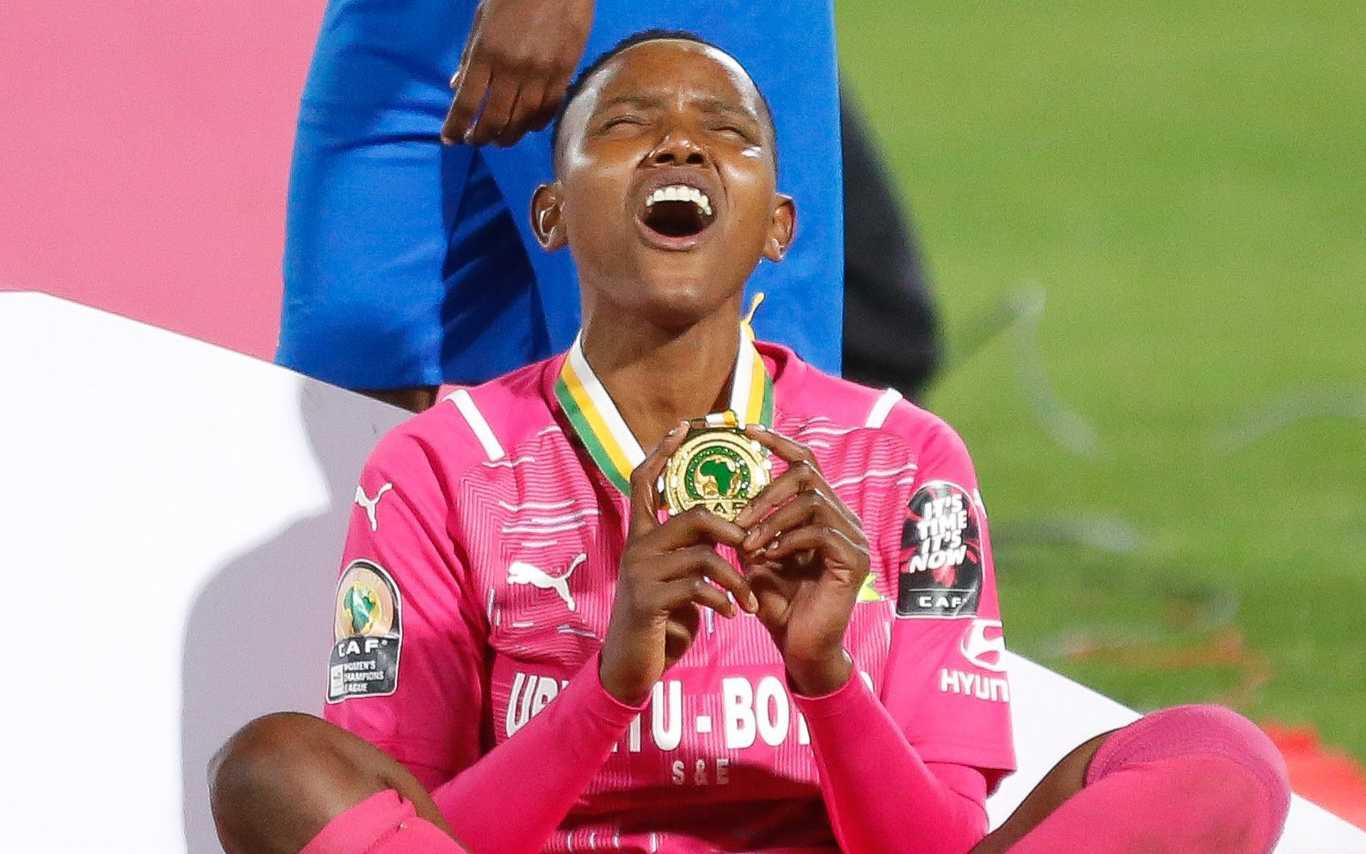 Unveiling a new brand identity and slogan ‘Empowering Our Game’ for women’s football in Africa is how the Confederation of African Football (CAF) on 13 April marked 80 days to the first-ever 12-team Women’s Africa Cup of Nations.

The African football governing body also presented its first CAF Women’s Champions League documentary titled “The Game Changers” and hosted a Twitter Space for the first time to discuss the recent development of women’s football on the continent.

Last year, the maiden edition of the CAF Women’s Champions League played in November in Egypt marked a milestone in the history of women’s football in Africa as the Women’s Football Division of CAF continues to make commendable efforts to revamp the women’s game and take it to new heights in line with the first ever CAF Women’s Football Strategy, which was launched in 2020.

South Africa goalkeeper Andile Dlamini, who was instrumental in Mamelodi Sundowns’ historic Women’s Champions League triumph five months ago, spoke highly of the tournament during the Twitter Space, which was also tagged “The Game Changers”. Dlamini, the voice over artist of the official film, highlighted some of the wide-ranging impact the tournament has had on her life, her country and beyond, including the fact that it offered life-changing visibility to hitherto little-known talent.

“This (the CAF Women’s Champions League) is going way, way up, you know, and I am extremely excited to have seen the talent that I have seen at the competition. There is a whole lot of talent in Africa and we appreciate the platform,” said Dlamini, who was named the best goalkeeper at the tournament.

Her views were echoed by other renowned guest speakers in the Space, including four-time Africa Women’s Player of the Year and UWCL Champions League winner with Barcelona, Asisat Oshoala. Oshoala, who the Nigeria Women’s League title with Rivers Angels, said she used to wish her team could compete with teams from other countries. Now she is happy it is a dream come true for those who still ply their trade on the continent.

“Last year when I saw that they were playing the Women’s Champions League in Africa I was really surprised. I watched virtually all the games because they were so good. I think this would actually help a lot of kids growing up because it will give them the opportunity to compete with the champions of other countries to test their abilities. This is also going to help the Federations to invest more in women’s football because if your team is going to the Champions League then you would want to make sure you are presenting your best team.

“For me, I only knew the Nigeria Women’s League was good. I never knew there were other leagues that were really good as well. Imagine we do this every year. Imagine we get more investors coming in every year for this type of tournament and for this type of competition. You can imagine the kind of attention we are going to be attracting in the next five years.”

The next big women’s football event in Africa is the Women’s Africa Cup of Nations scheduled for July 2-24 in Morocco. The tournament will be played with 12 teams for the first time and four teams will be making their debut. In the meantime everyone is looking forward to 25 April, when the draw will take place.