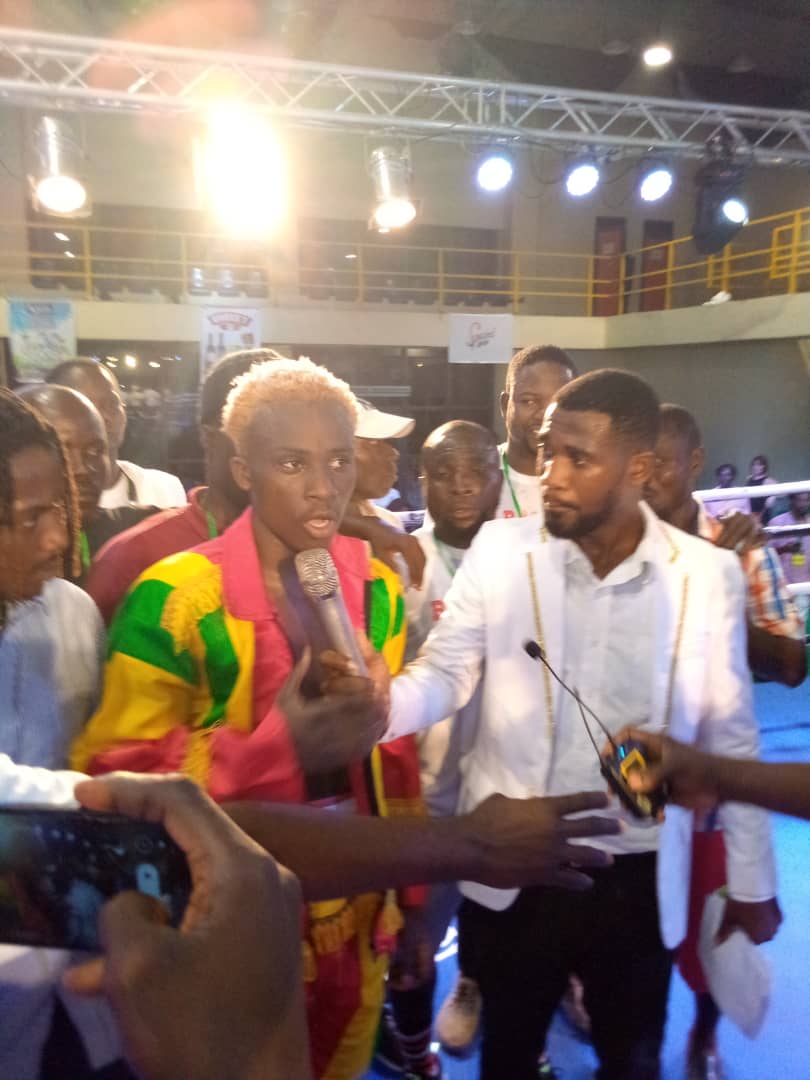 The super featherweight contest was the main event of a night of boxing extravaganza held on Good Friday and spanned into the early hours of Saturday, April 16, 2022.

After flooring his opponent thrice in the first round, Samuel Takyi pinned Boyefio to the ropes and and landed a flurry of punches to his body and face, which forced the referee to end the bout.

The KO raised the roof inside the Ga Mashie Hall as the Olympic bronze recorded his first win as a professional boxer.

Samuel Takyi will be hoping for more wins as he ventures into professional boxing.

After the bout, the 21 year old stated that he is here to stay and will do his best to record more wins and hopefully titles for himself and his fans.