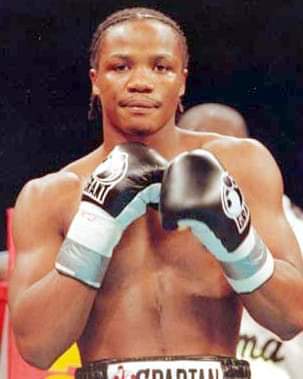 Promoter Stephen Ssembuya, CEO of 12 Sports Rounds Promotion has confirmed the 10 round middleweight non-title fight is on.

It will be Ouma’s (pictured above) first fight in Kampala and probably his last one in his illustrious career. That’s why he wants to fight at home to enable his thousands of fans watch him live in action in Kampala.

An excited Ssembuya says this will be the most anticipated pro fight in Kampala pitting two skillful southpaw boxers at the Cricket Oval in Lugogo.

Says Ssembuya: “Ugandans will see their hero for the first time at home, the last Ugandan to become world champion, one that fought GGG, Jermain Taylor among others. This fight will see Ouma passing on the baton to the next generation, Shadir Musa, David Semujju Swalik Kisitu, Isaac Sebuufu, Cathy Nanziri, Stanley Mugerwa and Roger Bantum as future world champions.

“A Uganda vs Kenya affair will rekindle the age-old rivalry between the two East African nations. We call upon sponsors in Uganda and Kenya to be part of this great show.”