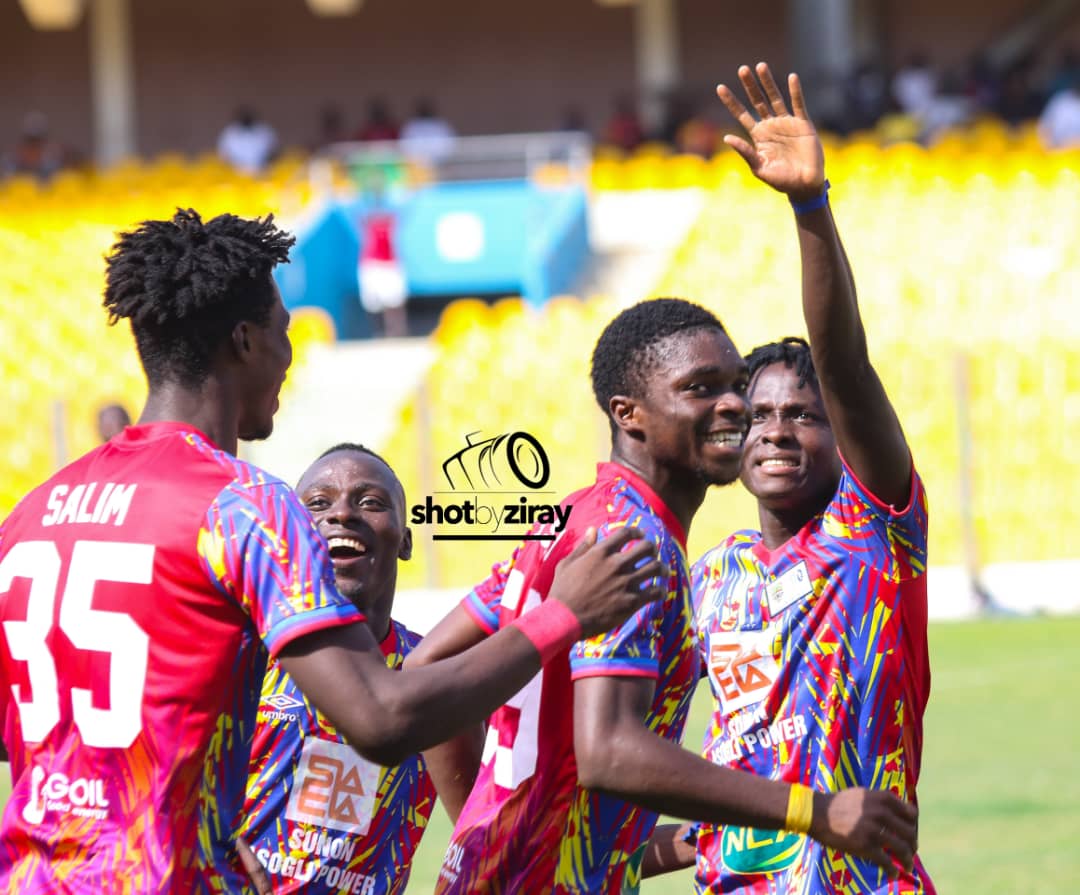 Accra Hearts of Oak had no choice, but to drop points, after settling for a 1-1 draw with Elmina Sharks in a Ghana Premier League match day 25 encounter at the Accra Sports Stadium on Sunday afternoon.

Hearts were the first to score, thanks to a spectacular free-kick from the foot of Samuel Inkoom, just two minutes into the game.

The goal followed a foul on Afriyie Banieh on the edge of Sharks’ 18-yard box. Inkoom’s calculative swing on the ball, exhibiting his usual trademark, fetched that goal for the phobians, his first for the defending Ghana champions.

Sharks fetched their equalizer in the 27th minute. A goal scored by Michael Ohene Asamoah, having resulted from a quick counter-attack, at the lateral defence of the Rainbow boys. They capitalized on a failed attack by the Phobians to launch the particular counter.

A collective play, sheer determination, and some unique level of bravery, on the part of Sharks, had them securing that vital away point. They were superior on the day. They played as a team, as opposed to the Phobians, who played more individually, which was at variance from their usual style.

Samuel Ikoom, on the day, was superb. His assertive through passes and craving curlers were both outstanding on the day, contributing the phobian’s good but lame performance.

James Sewornu was on top; contributing to the defensive play of his team. He made some vital clearance at the back to prevent the Sharks from scoring more goals.

Although the Phobians weren’t totally outplayed by the Elmina boys, their build-up from midfield to finishing was their nemesis. Comparative, they could have scored more goals, had it not been for some timely saves by the Sharks’ goalkeeper and some clearance by their defensive line.