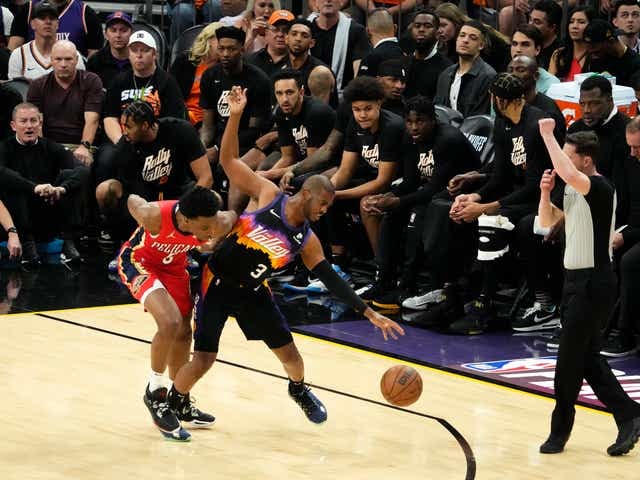 The Phoenix Suns beat the New Orleans Pelicans in Game 1 of the NBA Playoffs on Sunday night, 110-99, getting a big boost from Chris Paul in the fourth quarter.

At one point in the final quarter, the Suns point guard had 17 of the team’s last 19 points, helping Phoenix extend the lead after New Orleans had cut the deficit to 80-73.

Paul finished with 30 points, seven rebounds and 10 assists for the Suns, who took a 1-0 lead in the series with the win.

19 of his points came in the fourth quarter.

Game 2 of the series in Tuesday night in Phoenix.

CJ McCollum had 25 points for the Pelicans. Brandon Ingram and Jonas Valanciunas each had 18.