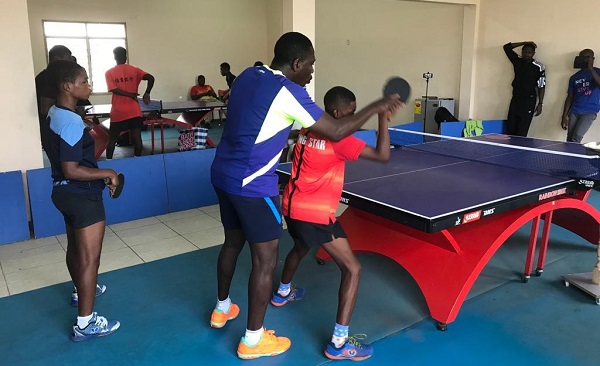 The participants were selected based on their exceptional performance at the Team Courage U-15 Championship to be mentored and supported by former national star, Courage Nanevie.

They were taken through topics such as the introduction of players and coaches, warm-up sessions, briefing on basic key points during rallies, multi ball drills, individual game situational workouts and exploring opponents’ weak points, among others.

The US-based table tennis icon said his goal was to mentor the young players and also upgrade the capacity of the coaches on the current trends in the sport to enable them to impart it to other young players.

“I want to mentor these kids and give them tutorials, including their coaches. This exercise is to help the kids and their coaches to know the next set of training,” he explained.

He said through the training, he observed a remarkable improvement in the skills of the participants, and promised to continue the mentorship even when he was outside Ghana.

“Most of them were having co-ordination and timing problems, and I have to let their coaches also take their turn and so far they have cooperated positively.

“The eight players who are under my management will be mentored until they get to an appreciable level,” he revealed.