Feature: How has Ghana fared at the Commonwealth Games? 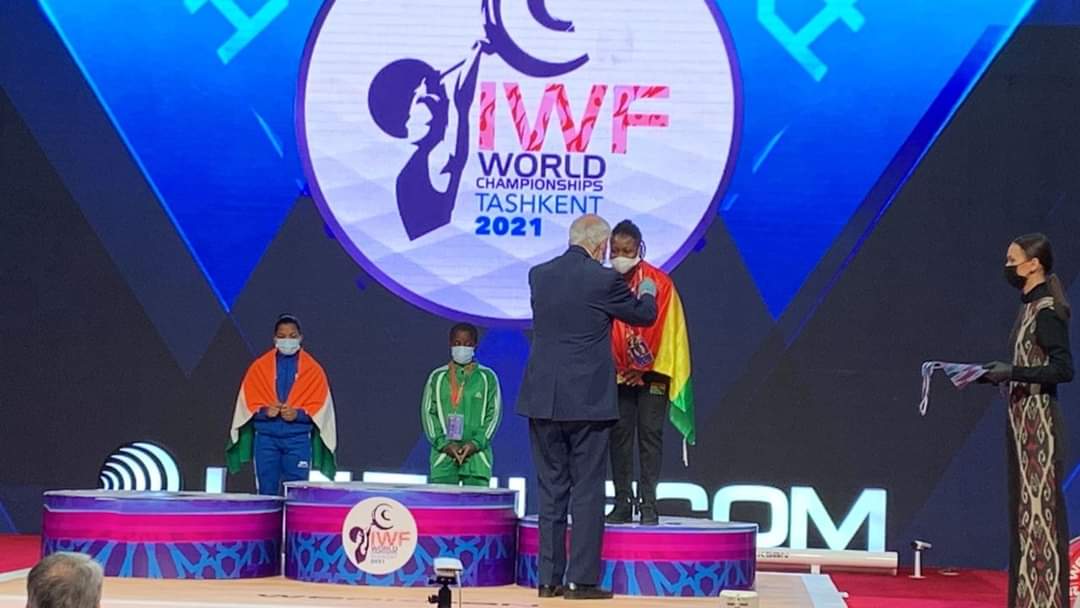 There you go: Winnifred Ntumi gets her bronze and with it qualification ti the 2022 Commonwealth Games Birmingham

The Queen’s Baton relay landed in the country a few days ago. And the event sparked resplendence and colour in Accra, Tema and Kumasi.

Ghana’s preparations ahead of the baton delivery by the Queen’s Baton Relay Committee headed by Mr. Frederick Lartey Otu has been fantastic.

The inclusion of novel companies like Promasidor GH Ltd, Ashfoam, Twellium, Pay Switch, MTN among others was just a sight to behold.

What was once named as the British Empire Games in 1952 is now known as the ‘Commonwealth Games.’

I would dwell on the achievements of Ghana’s performances at all the Commonwealth Games we have participated in.

Ghana had its first outing in 1954 in Vancouver, British Colombia, Canada from 30th July to 7th August without a medal. The 1954 Games involved 91 events, 662 athletes with 24 nations.

The 1958 Games saw Ghana picking out 1 bronze out of two disciplines represented- Athletics and Boxing with Robert Kotei clearing his lines in the High Jump event.

In 1966, Ghana repeated the dose of its previous medals won in Perth with yet another blistering output in Kingston, Jamaica. 9 medals won. 5 gold, 2 silver, 2 bronze.

Infact, one of the winning gold medallists, Oko Addy who won gold in boxing recounted how they were served with coca cola and meat pie as reward for winning gold.

In 1970, the Commonwealth Games was held in Edinburgh, Scotland where Ghana won 7 medals; 2 gold, 3 silver and 2 bronze.

The Athletics team had Ernest Ahwireng Obeng 100m, Samuel Aidoo 100m, Stalin Issah 100m, Georgina Aidoo 100m, and Mary Afriyie Mensah 100m were all in action but to no avail.

Ghana, along with some few African nations boycotted the 1986 edition in Edinburgh, Scotland due to the then Prime Minister, Margaret Thatcher’s rejection of tougher economic sanctions against apartheid South Africa.

In 1990, at the Auckland Commonwealth Games, Illiadi Alhassan,91kg and Ashiao Joseph Laryea fetched two silver medals for the country in boxing.

At the Kuala Lumpur Games in Malaysia,1998, Ghana was there winning 5 medals; 1 gold courtesy Raymond Narh in boxing, 1 silver 3 bronze.

We declined in medal haulage at the 2002 Manchester Commonwealth Games with only 1 bronze medal.

In 2006, Melbourne, Ghana did her best winning 2 gold medals and one bronze.

The 2018 Commonwealth Games is fresh in memories from the Gold Coast, Australia. Ghana struggled for only 1 bronze medal in boxing.

Of course, by this statistics, Ghana’s medal acquisition at the Commonwealth Games looks fluctuating. It is not readily predicted on our performance.

Again, by these inferences Ghana has participated 16 times at the Commonwealth Games since its inception of change on name from 1954.

So with the total medal haul of 57, what will be the expectation as we plunge into Birmingham in 2022?