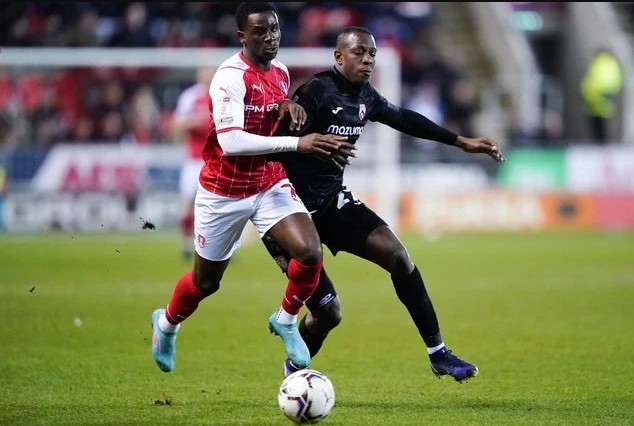 Rotherham defender Jodi Osei-Tutu made a surprise return from injury for Rotherham against Ipswich Town.

The 23-year-old sustained an injury that saw him on crutches wearing a protective boot.

The Arsenal defender on loan after fears of being sidelined due to the injury returned to action against Ipswich after scans revealed it wasn’t a bad injury.

Osei Tutu played 90 minutes on his injury return before he was substituted late in the game.

“The tackle (that left Osei-Tutu injured) weren’t great, was it?” Warne began. “But he’s had a scan [on Thursday], he’s got no break, which is great news”, Rotherham coach said in an interview.

“He’s obviously still got soreness, you can have bone bruising which feels like a break as well. We’re ever-hopeful that he’ll be available for this weekend.”

Osei-Tutu was in action for Rotherham against Burton on Tuesday night which they lost by a lone goal.

Osei-Tutu played 32 minutes before he was substituted from the game.