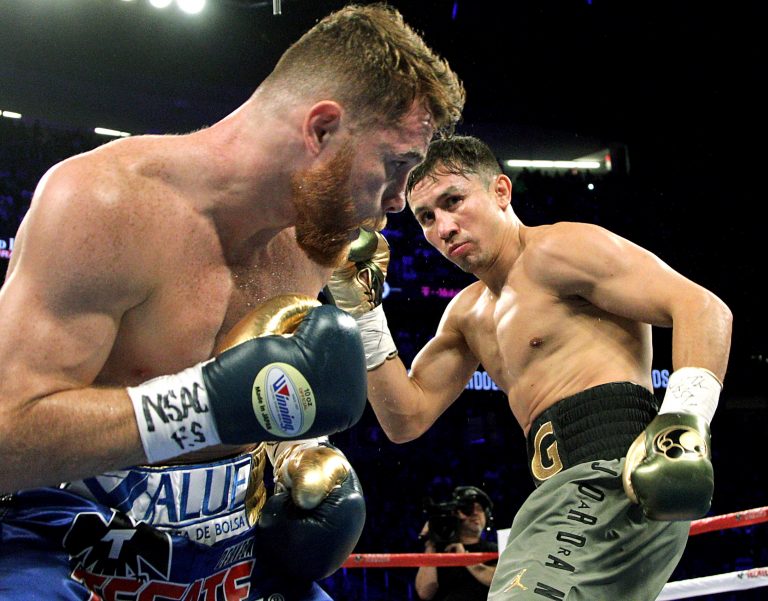 There was an immense amount of pressure on the shoulders of Gennadiy Golovkin.

As the former pound-for-pound star packed his bags and headed to Japan to take on Ryota Murata in a middleweight unification bout on April 9th, the Kazakhstan star had plenty on the line. With Golovkin anxious to prove that he still has a considerable amount left in his 40-year-old tank, a win over Murata would allow him to move one step closer to closing the chapter with longtime rival, Canelo Alvarez.

Early on, Murata used the roaring crowd to his advantage as he peppered Golovkin with persistent jabs and lead left hooks. But, as Murata began slowing down, Golovkin began picking up momentum. As a result, Golovkin pounded his man in the ninth, forcing Murata’s corner to throw in the towel.

During a candid conversation, Alvarez admitted that he didn’t watch a single second of their middleweight contest live. However, from the few snippets he managed to watch at a later date, the Mexican native was underwhelmed.

“I don’t watch the fight,” said Alvarez to reporter Lance Pugmire. “I watch the highlights but he do what he supposed to do, win by knockout. I’m not impressed but he looks good, he looks strong.”

Having shared the ring with Golovkin on two separate occasions, the pair are on a collision course for a third contest. Officially, both sides have agreed to face off once more, provided, of course, they take care of business first.

In the case of Golovkin, he’ll now be allowed to kick his feet and wait on Alvarez following his ninth-round destruction of Murata. If Alvarez is successful in his bid to dethrone WBA light heavyweight champion Dmitry Bivol on May 7th, the two will then move on to a September showdown.

Despite being known for his pernicious knockout power and regardless of being considered one of the best middleweights in recent memory, Alvarez reveals that he was never impressed with the overall skills of Golovkin.