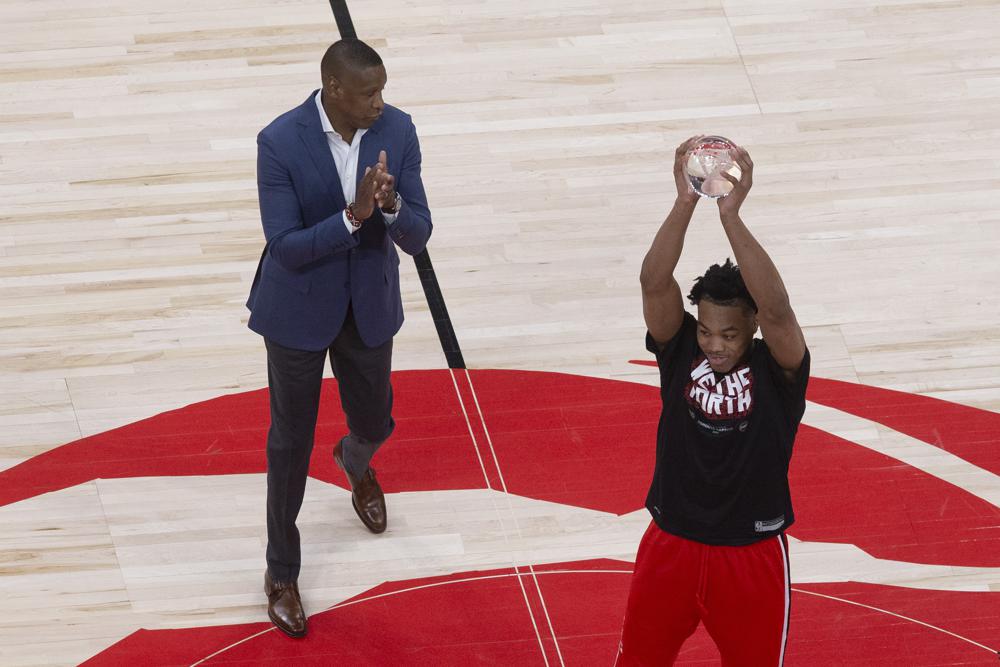 Cade Cunningham of the Detroit Pistons was a distant third with nine first-place votes and 153 total points.

“We are incredibly proud of Scottie, and are thrilled and grateful that his hard work has been recognized with this honor,” Raptors Vice Chairman and President Masai Ujiri said. “What you see on the court is exactly who Scottie is: enthusiastic. Joyful. Athletic. Skilled, and a winner. We — and our fans — loved seeing his development through this season, and we can’t wait to see what the future brings.”

The Raptors selected Barnes with the fourth overall pick out of Florida State.

One of Barnes’ highlights during the regular season came Feb. 28, when he notched 28 points, 16 rebounds and five steals against the Brooklyn Nets. He became the first rookie to record 25-plus points, 15-rebounds and five-plus steals in a game since Shaquille O’Neal in 1993.