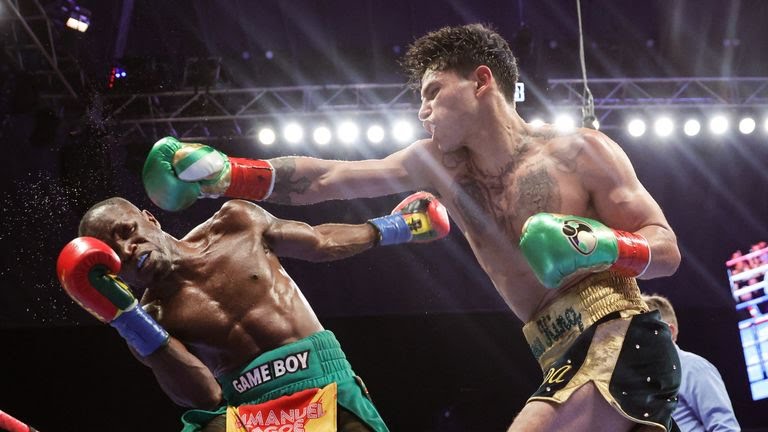 Former WBC super featherweight champion, Azumah Nelson and former IBF welterweight world titlist, Ike Quartey have challenged Tagoe, 33, to stop giving unnecessary excuses about his recent loss in a world title eliminator, and go back to the gym and be better prepared before having another world title dream.

In separate interviews with the Graphic Sports the two legends asserted that Tagoe’s showing in the ring that night was shameful, and did not show the hunger of a Ghanaian ring warrior eyeing world title glory or upholding his reputation.

Rather, they claimed he fought like someone in the ring for crumbs and easy money.

Three-time world champion Azumah, for instance, said Tagoe lacked the needed skills and training to outwit his opponent and emphasised that boxing was not for the fainthearted, as the Ghanaian looked scared and kept running  away from his opponent, an approach he described as cowardice.

“He was just running. He was not prepared; he didn’t train well and was scared of Garcia. Boxing is not for the weak, so if you are scared don’t go into boxing,” he told the Graphic Sports in a telephone interview.

“Gameboy didn’t throw his hand and showed anything like a fighter, his demeanour in the ring suggested that he didn’t come to fight but he wanted the money.”

A member of the exclusive International Boxing Hall of Fame, Azumah decried the bad attitude exhibited by some of the current crop of boxers which made it impossible for him to mentor them.

He, therefore, advised boxers to get experienced trainers and technical handlers when going into international bouts.

Meanwhile, Quartey has also issued a damning verdict on Gameboy, stating that the boxer went in for the money and not about his reputation or a quest to hoist the flag of Ghana.

“He went in for the money, he has no excuses, he was well beaten and he should come and do his homework well,” advised the retired legend.

He called on Gameboy to accept defeat, learn his mistakes and correct them in subsequent bouts.