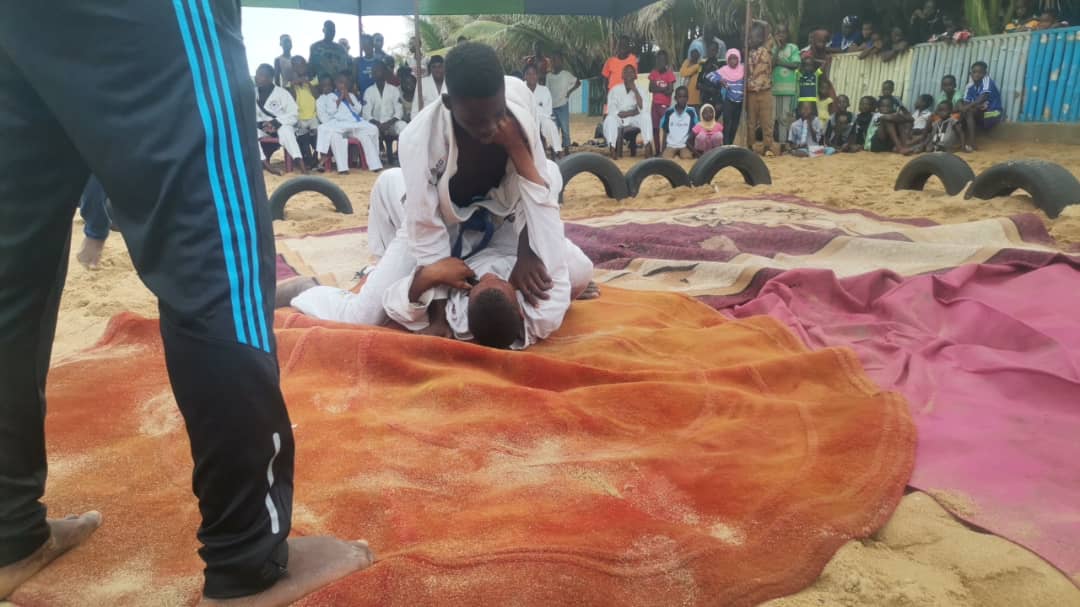 It was fun and excitement intertwined with education and competition as the Volta Regional branch of the Ghana Jiu Jitsu Federation staged their maiden seminar and championship on Easter weekend to formally take off in the region.

Held on the fringes of the sea at the Ocean Hotel, Kpasrakope Border Beach, the seminar which came off on Easter Saturday, 16 April saw 27 participants who were tutored the rudiments of the game before the combat tournament rocked the ocean setting two days later on Easter Monday.

In the event patronised by a host of dignitaries including the regional Jiu Jitsu President, Joyce Selorm A. Vodjogbe and a number of executives as well as the the Volta Regional NSA Sports Director, Daniel Sarpei  and Sports Development Officer, David Sakyi, a total of 32 athletes competed in 4 categories which were ages 10 to 12 yrs, 14 to 15yrs, featherweight and lightweight.

National head coach, Maxwell Borquaye was also around to conduct and supervise both events.

In the featherweight division, Junior Essah took first position, followed by his brother, Frank Essah in second spot and  Desmond Ahatsi in 3rd.

“As the Regional coach, I am so happy and glad about the performance of my athletes, their dedication to training and the zeal they have put into this tournament shows that there are golden talents in the Volta Region that has to be unearthed,” said Paul Johnson Awa, Volta Regional head coach of course

“We hope that in our next tournaments people will come out to sponsor, so that the art can be expanded from district to district,” he prayed.

“I thank all the athletes for their stunning performance and also their parents for availing their children for training sessions and also the tournament,” Coach Awa added gratefully.

More photos from the tournament below: