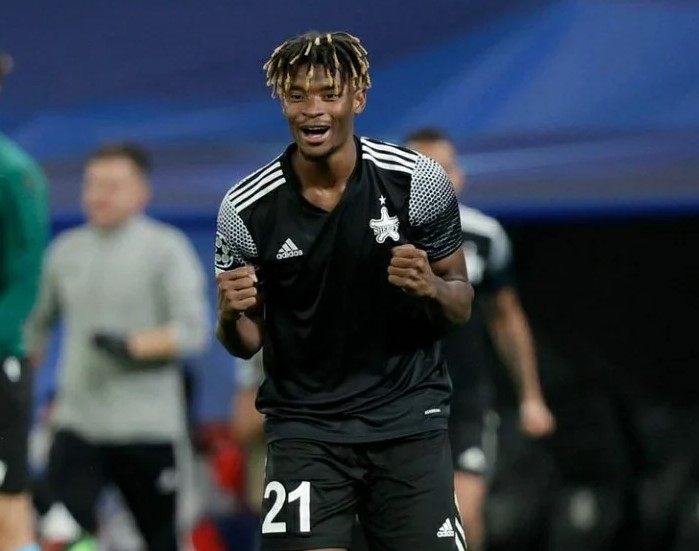 Black Stars midfielder Edmund Addo is on his way out of Moldovan club Sheriff Tiraspol, according to his agent Oliver Arthur.

The 21-year-old has been attracting interest from clubs in the Netherlands, Belgium and Serbia.

Edmund Addo has had a good season with the Moldovan giants since moving to the club in 2021 from FK Senica.

He made his debut in Ghana’s World Cup qualifier against Ethiopia at the Orlando Stadium in South Africa on November 11, 2021.

The former Senica player has been a mainstay in Sheriff Tiraspol team, producing swashbuckling display as they made history by reaching the group stages of the UEFA Champions League.

It is unclear which teams are pursuing his signature but Addo will not be playing in Moldovan next season.