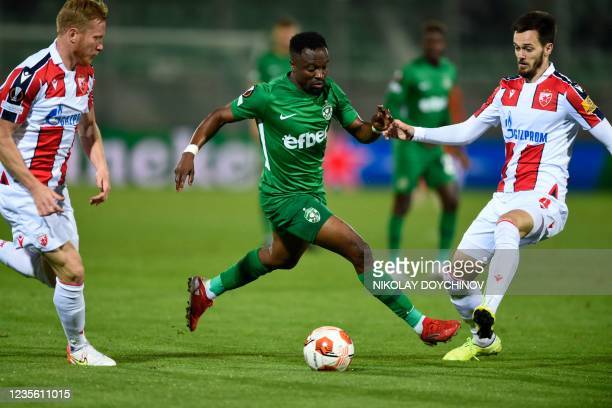 Ghana forward Bernard Tekpetey has been named among the best five players in the Bulgarian top division after the regular season.

According to Football Observatory firm CIES and InStat, the Ghanaian is rated fifth best player in the league following his outstanding display for Ludogorets as they clinched the title.

The data collected analyses several components of the game including  accurate passes, single combats (won and lost), goals and assists and for goalkeepers saves.

Bernard Tekpetey has scored nine goals in 20 matches in the ongoing campaign, and has been a key member of the Green Eagles this season.

The 24-year-old joined the Bulgarian giants on a permanent deal last summer after excelling on an initial loan spell.

He has now won the Bulgarian league two time after back-to-back success.