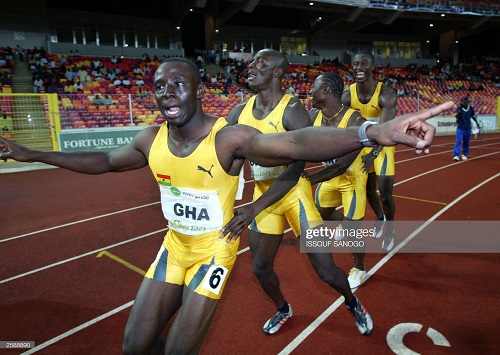 The committee to honour past sports heroes appointed in 2004 by Hon Baah Wiredu, then Minister in charge of Sports, made some distinct categories in those to be honoured.

Last week, I wrote about those to have sports facilities named after them. For example Baba Yara, Azumah Nelson and D. G. Hathiramani.

All these personalities were in addition, to be in the proposed hall of fame that will comprise the underlisted former top performers in the various sports disciplines.

Starting from track and field (women), we have Beatrice Kankam: She captained the national team from the inception of international athletics competition between Ghana and Nigeria. She always placed first and was the first to win the novelty best women award instituted by the Daily Graphic, Ghana’s widest circulation national daily newspaper.

Next is Christiana Boateng known in her days as ‘The Flying Queen’. She was one of the most outstanding women’s sprinters the nation has produced. She represented Ghana in numerous international competitions including the 1964 Olympics in Tokyo Japan.

Then we have Grace Laing, one of the few women in the field events. She excelled in discus and javelin.

Here comes Rose Hart: a discovery from the Western Region in the then annual National Founders Day Games in 1965. She performed creditably in the sprints and hurdles and later shot putt. She won 80 metres gold in the 1965 Africa Games in Brazzaville, Congo. Eight years later she won shot putt gold in the 1973 Africa Games in Lagos Nigeria.

Number four spot is Alice Anum; affectionately called Baby Jet. She was a petit international sprinter and long jumper of Accra Girls Secondary School fame. She represented Ghana at several international competitions including the 1964 Tokyo Olympics and the 1972 Munich Olympics where she reached the final in the 100 metres sprints, gold medallist long jump in the1965 Africa Games in Brazzaville and also gold medallist 100m and 200m 1973 Africa Games in Lagos, Nigeria.

1.A O. Lawson, a great sprinter in the pre independence days. One of the pioneer athletes who represented Ghana in the 1954 Commonwealth Games in Vancouver, Canada. On retirement he became a great coach who unearthed a lot of talented athletes, especially in the Ashanti Region where he was based.

2. H. O. Nyarko, 19aa top sprinter in the early fifties. Affectionately called Helsinki, he was one of the few chosen ones who represented the nation in the 1952 Olympic Games in Helsinki, Finland. He later became a top national coach.

3. E.C Nyarko: The great ginger haired international middle-distance runner who represented the nation in the 1954 Commonwealth Games in Vancouver, Canada. He later became the national coach who unearthed a lot of stars including Alice Anum.

4. Charles Van Dyke. He was for many years national high jump champ affectionately called the ‘Oxford Blue’ he held the national record for a long time before it was shattered by Bob Kotei in 1958.

4. Bob Kotei, a high jumper of international repute. First Ghanaian medallist at the Commonwealth Games in Cardiff, Wales in 1958. His medal winning jump which was also a national record stood for more than three decades.

9. M.F. Okantey, great sprinter and member of the formidable 4x100yds relay team at the 1962 Commonwealth Games in Perth, Australia.

10. B.B. Bashiru, top sprinter and member of the formidable sprints relay team popularly known as the fearsome foursome at the 1962 Commonwealth Games in Perth, Australia.

For table tennis we have E. A. Quaye, a name synonymous with table tennis in Ghana for nearly four decades. He was a reputed national and Africa champion and travelled wide. He was one of the pioneers who made table tennis a very popular game in the country.

In the ladies’ category is Ernestina Akuetteh, trailblazer in women’s table tennis. She was for a long-time national champion.

Then Ethel Jacks, great national star ranked the best in Africa in the early 70s.

The last but not the least is Patricia Offei / Patience Opokua, Glgold medallists (doubles) Africa Table Tennis championships in Mauritius 1987.

Ladies and gentlemen, this is the end of part two of our sporting heroes earmarked for the proposed Hall of Fame.

The next instalment will cover Tennis, Tae-kwan-do, hockey, cricket, amateur boxing, professional boxing, and finally football, the reputed passion of the nation.