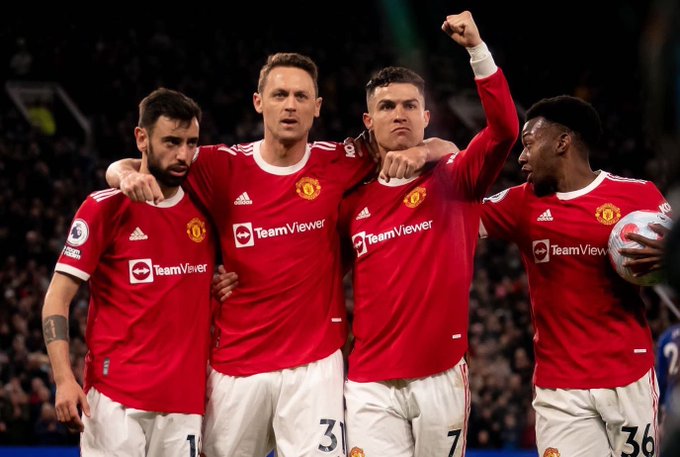 It was another tough match for Ralf Rangnick’s side, with Chelsea in the ascendancy for much of the 90 minutes, but Ronaldo’s second-half strike helped the side gain a respectable point.
And there was another lift for the club and its support when Alejandro Garnacho came on to make his first-team debut in the final minutes.

Ronaldo and Garnacho were among the senior players to tweet after the full-time whistle, with several of the lads keen to thank the Old Trafford crowd for its backing during this difficult period.
“Thanks for the support in Old Trafford tonight. As always, our fans were amazing in their effort to help the team,” he wrote.
“Such a great support from our fans tonight! Thank you so much for being with us until the end. You are amazing. See you Monday,” Brazilian left back Alex Telles also posted.
Credit: Manchester United