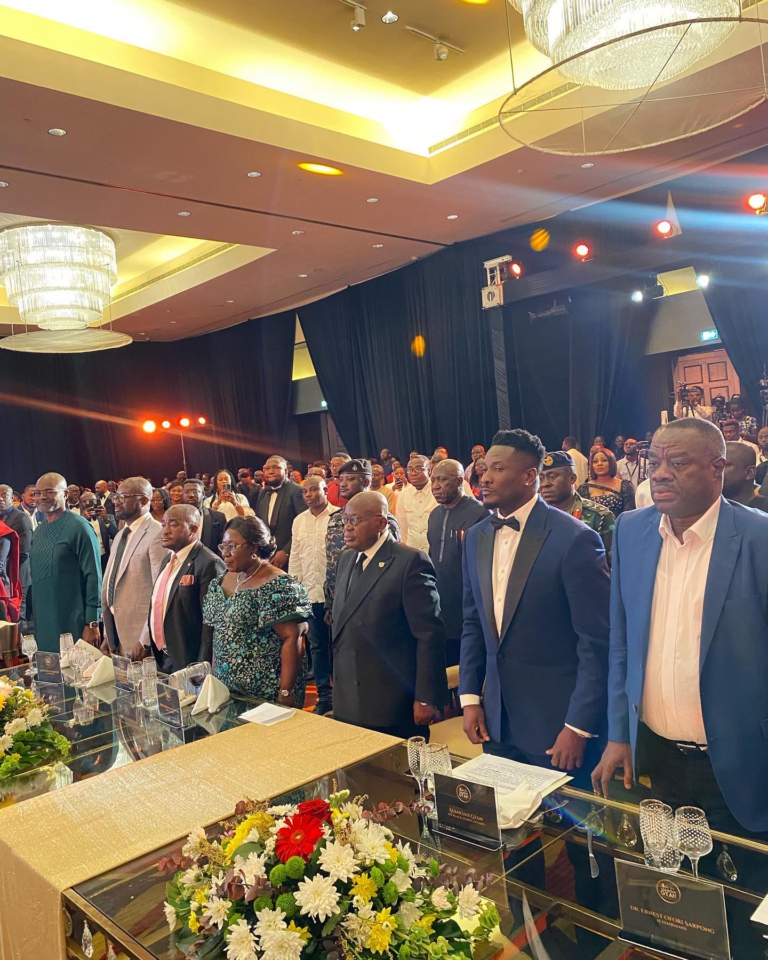 Gyan has had a storied footballing career that has taken him to various continents and played for various clubs across the world.

The book details how football took him from Liberty Professionals to Italy, France, UAE, China, Turkey among others.

Gyan also speaks about the three World Cups he helped Ghana qualify for in 2006, 2010 and 2014 which he is the African with the most goals six at the FIFA World Cup.

His numerous World Cup goals and the famous penalty miss against Uruguay  among other things feature prominently in the biography.

While his seven African Cup  of  Nations appearances with two finals is also not left out.

Mr Ernest Ofori Sarpong, the Chief Executive Officer of the Special Group of Companies and chairman of the occasion, bought the first auctioned copy for GH₵100,000.

The Member of Parliament for Assin Central, Mr Kennedy Agyapong, also made a bid of GH₵100,000 to purchase the second copy.

The President of the Ghana Football Association (GFA), Mr Kurt Okraku also purchased his copy of the book for GH₵50,000 during the auction.