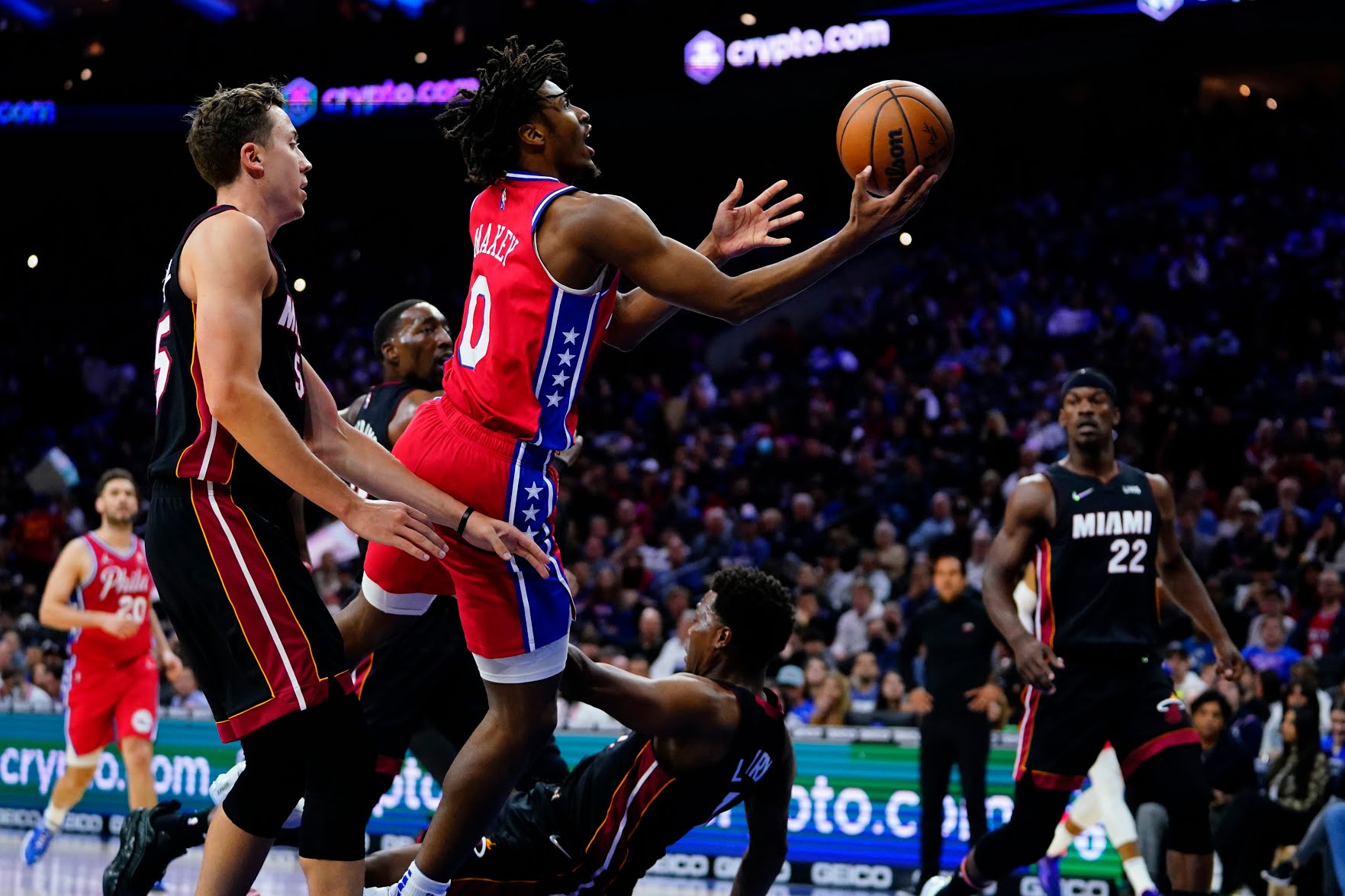 Beating Miami without MVP finalist Joel Embiid is a difficult, if not insurmountable, task for Philadelphia.

The Heat took advantage of Embiid’s absence and cruised to a 106-92 victory in Game 1 of this Eastern Conference semifinals series. The Sixers missed Embiid’s scoring, rebounding and defense.

The Heat clobbered the Sixers on the boards, limited James Harden’s production, held the Sixers to six 3-pointers, received strong games from Bam Adebayo and Tyler Herro, and outscored Philadelphia 56-41 in the second half, breaking open a tight first half.

Embiid, who sustained a facial fracture and concussion in Game 6 of the first round and is dealing with a torn ligament in his right (shooting) thumb, did not travel to Miami and will miss Game 2 on Wednesday. There remains a chance Embiid could return later in the series.

Without Embiid, the Heat outrebounded the Sixers 47-37, including 15-9 in offensive rebounding. P.J. Tucker had five offensive boards and Adebayo three. Those create not only second-chance opportunities but take more time off the clock and can demoralizing depending on when they happen and the outcome.

The Embiid-Adebayo matchup figured to play a significant role in the outcome of the series. Until Embiid returns, Adebayo gives the Heat the edge inside. He had 24 points, 12 rebounds, four assists, two steals and a block.

DeAndre Jordan started in place of Embiid, and shared minutes with Paul Reed and Paul Millsap. Jordan and Reed combined for eight points and 11 rebounds.

Without Kyle Lowry (left hamstring strain) and with Max Strus and Gabe Vincent struggling to score at the guard spot (combined 6-for-20 from the field), the Heat needed Tyler Herro’s 25 points, including 13 points in the second half.

In the fourth quarter, Herro — a Sixth Man of the Year finalist and perhaps the favorite to win the award — made a deep 3 from the top of the arc, collected an offensive rebound for a putback and then made another 3 during a 18-5 run, helping Miami extend its lead to 98-77 with 6:58 remaining.

Still not enough from James Harden

For the Sixers to have a chance in this series, Harden needs to be in the 20s with points and near double digits in assists and rebounds.

Tobias Harris steps up for Sixers

Tobias Harris has been a good NBA player for a decade and talented enough for the Sixers to sign him to a five-year, $180 million contract in 2019. But he has never been the guy.

Without Embiid, the Sixers need more scoring from Harris and he delivered with 27 points on 11-for-18 shooting. He just didn’t have enough help beyond what Harden did and Tyrese Maxey’s 19 points.

Neither team shot well from 3-point range, but Philadelphia made just 6-for-34 on 3s. At this stage of the season, 17.6% from deep won’t win many games.