Easygoing Canelo Álvarez gets serious to climb another weight division 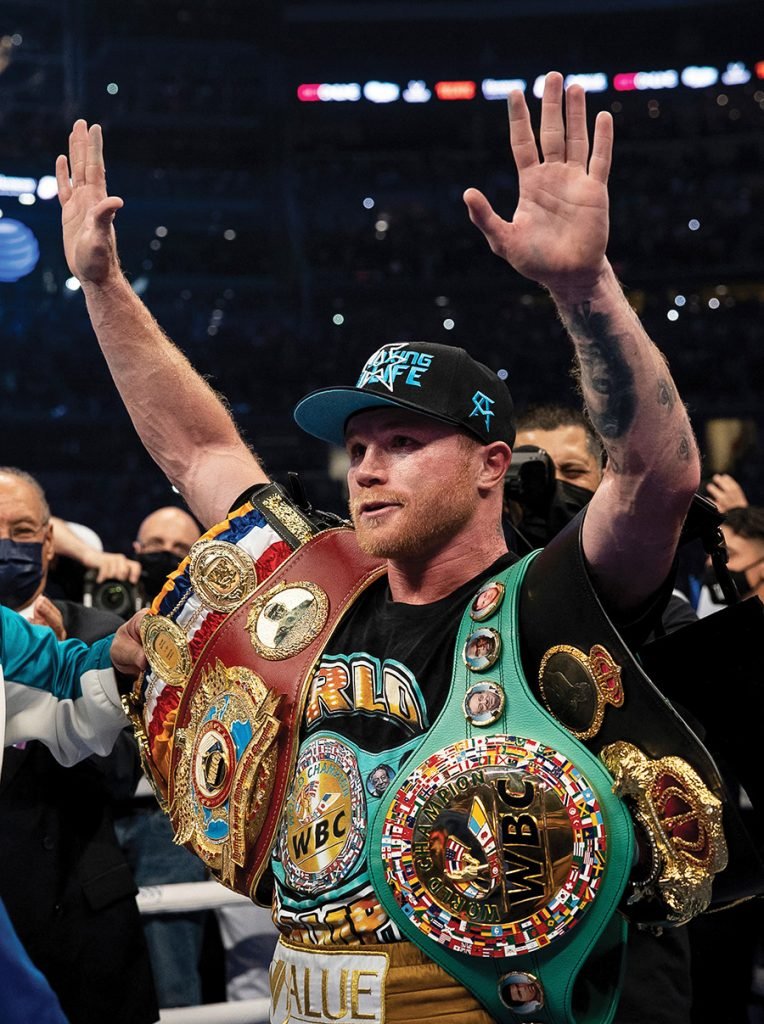 There was a moment on Tuesday afternoon when Saúl “Canelo” Álvarez, the comedian, set the tone yet again in Las Vegas.

After all the hoopla and noise of his “grand arrival” in this gaudy old desert town, Álvarez smiled and turned quietly to his promoter Eddie Hearn.

Álvarez is ready for his latest challenge as he prepares to climb yet another weight division to fight Dmitry Bivol for his WBA world light-heavyweight title on Saturday night.

The jaunty Mexican band kept playing in the background and hundreds of cameras stayed fixed on Álvarez. But the best fighter in the world wanted a little laugh at his own expense.

Álvarez took a menacing step towards Hearn as if he, rather than Bivol, would be his next opponent after he became the undisputed world super‑middleweight champion last September. But being the unified champion is not enough. He relinquished his belts so he could move up to face Bivol, the smartest and most technically proficient light-heavyweight in the world.

Álvarez, who is only 5ft 8in, stood close to Hearn and, slowly, lifted his head to stare upwards at the Essex promoter who towers over him. The contrast in size told its own amusing story as Álvarez produced a parody of the traditional face-off. Hearn tried to play his part but, as Álvarez maintained his steely gaze, he cracked up.

For years Álvarez, who is 31 and has been boxing professionally since he was 15, hid his real self behind an unsmiling facade and the language barrier which prevented anyone outside of Mexico gaining insight into his personality.

“He’s unbelievable company, so humble and funny, but when I signed him I told him he needs to start talking English,” Hearn says, as he explains the change in Canelo and the droll bromance that has developed between them. The public school-educated promoter from Romford is the son of Barry Hearn, who brought boxing and darts in Britain to the masses in the 1980s and 90s. Álvarez grew up in poverty in Juanacatlán, near Guadalajara, where he sold ice‑cream lollies from the age of six and was bullied because he had red hair, freckles and pale skin. They eventually called him “Canelo” because of his cinnamon colouring.

Canelo learnt how to fight with an icy conviction which is now at its most obvious as he dominates world boxing. He has lost only once, against Floyd Mayweather Jr in 2013, in 60 fights and Hearn is smitten by his relentless conviction and easy-going character.

“He was nervous about switching from Spanish but I said: ‘Mate, your English is perfect. It’s just confidence.’ He started rolling with it and his profile was transformed in America and the UK. People see him as a great character as well as an all-time great of boxing.”

A turning point occurred last May, after Álvarez dispatched Billy Joe Saunders with brutal efficiency in Texas in front of a record crowd of 73,126. At the post‑fight press conference, Álvarez was called out by Demetrius “Boo Boo” Andrade.

In responding to Andrade, a boring if awkward operator between the ropes, Álvarez slipped from mild bemusement to comic profanity. His repeated instruction to Andrade to “get the fuck outta here”, delivered in a faux-American accent, went viral. Even the angriest people on Twitter realised Canelo was laughing rather than ranting.

“He’s the easiest person I’ve ever dealt with in boxing and the pound-for-pound number one,” Hearn says. “Billy Joe threatened to walk away from that fight three days out. The ring was a standard 20 foot by 20 foot and he said: ‘I’m not fighting unless it’s 24 foot.’ We had to get someone to drive from Florida to Texas and build a new ring – it cost us $60,000. But I had to go to Canelo first and tell him.”

Hearn grimaces. “I was shitting myself. I sat down with Canelo, looked him in the eye and said: ‘We’ve got a problem. Saunders will not fight unless it’s a 24 x 24 foot ring. He’s saying he’ll go home. I’ve got to be honest with you. I think he might.’ Canelo laughed and went: ‘It’s no problem. Give him the ring.’ I apologised because it gave a massive advantage to Saunders.

“Canelo said: ‘Eddie, it doesn’t matter. I’ll get him anyway.’ I couldn’t believe it. I’d been trying to pluck up courage to have that conversation and it just rolled off him. Canelo believes no-one can beat him. He seriously believes that if he fought Oleksandr Usyk [who beat Anthony Joshua to become the IBF, WBA and WBO world heavyweight champion] at cruiserweight he would win. At 200 pounds, I wouldn’t back against him.”

Álvarez has already won world titles at five weights – from welterweight to light-heavyweight. He is back at this unnatural weight, at light‑heavy against the unbeaten Bivol, and the rest of the week is about to turn deadly serious. “It’s really a tough fight,” Hearn says, “because Bivol is fresh and he’s been waiting for this a long time. He’s massive compared to Canelo. He can punch, he’s got great feet. But when you’re as confident as Canelo you just say: ‘No problem.’ He always finds a way.

“Canelo comes from poverty in Guadalajara and he’s won more belts and more money than you could imagine. He lives in outrageous luxury and has this great zest for life, for his family and golf and enjoying himself, but his seriousness inside the ring never changes. Imagine sitting in such comfort and then having to spar some 22-year-old kid who’s got nothing and wants to take your head off. Canelo could be having a laugh in the pool, or playing golf, but he still wants to fight and get better. He is a very funny guy but that drive makes him exceptional.”