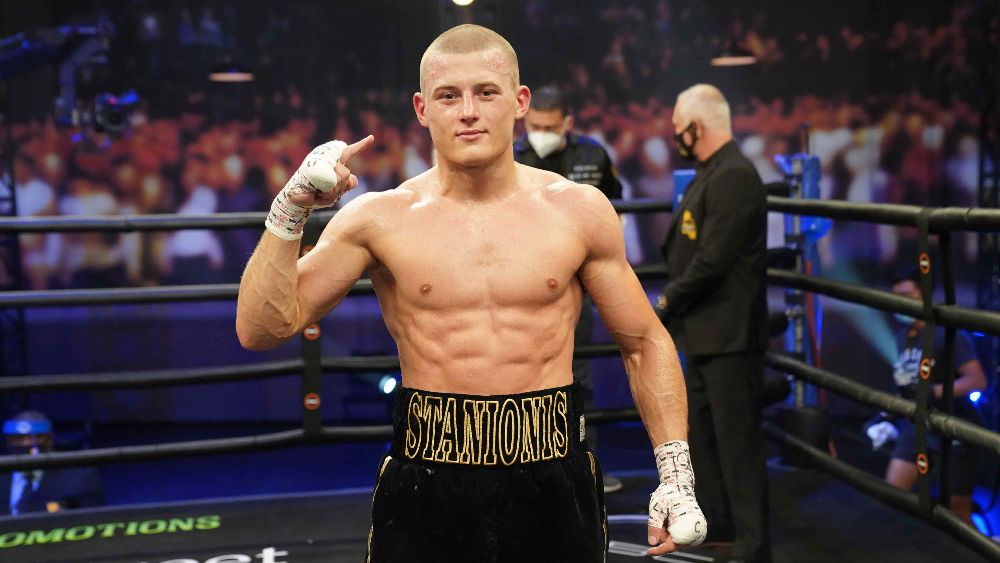 WBA world champion Eimantas Stanionis says Conor Benn is being ‘protected’ from facing him and has laughed off claims a fight between them would not sell many tickets.

The 27-year-old won the WBA crown a few hours after Britain’s Benn had stopped Chris van Heerden in two rounds and following that contest, his promoter Eddie Hearn was asked about pitching his charge in with Stanionis.

Hearn praised the 2016 Olympian as a “really good fighter” but said the welterweight champion had “zero profile” and they would only sell 5,000 tickets for that contest at a venue in London.

Stanionis has now responded to those claims by saying: “I heard what Eddie Hearn said.

“They don’t want the fight and that’s why he said that nobody knows me.  I just laughed when I heard it, but he is just protecting his guy, it’s his job.

THE THREE MILLION REASONS WHICH DROVE STANIONIS TO WIN

“He is promoting a guy for the future, and he knows it would be a very tough fight with me.

“But I was just laughing because there is a big, big community of Lithuanians in England and many people would fly over from my home country for that fight too, so we would sell a lot more than 5,000 tickets.

“Conor is a good fighter, he can bang, and he has power, but he has never fought anyone who would pressurise him like I would, he’s been fighting inactive guys.  But a fight between us would be a lot of fun!”

Stanionis’ victory over Butaev has made him the mandatory challenger for Errol Spence, who holds the WBA’s ‘Super’ title at 147lbs.

Spence also has the WBC and IBF welterweight belts and could yet agree to fight WBO king Terence Crawford – but Stanionis’ wants to be his next opponent.

“My contract means I am next in line to fight Spence, so I will wait for that opportunity,” said Stanionis.

“It would be cool if I could fight him for three belts because when you achieve one goal, you have to create new ones and I want the other belts.  I like a challenge; I want to see where I stand and want to see how deep I can dig and how far I can go through the fire.

“I don’t know if Spence will fight Crawford next.  I am a sports fan too and so I would love to see that fight but I am also a young, hungry fighter who wants the biggest fights.

“I am contracted to fight Spence next so maybe he gives up the belts and I will fight somebody else.”