Ghanaian attacker Ansgar Knauff to stay at Frankfurt for another season 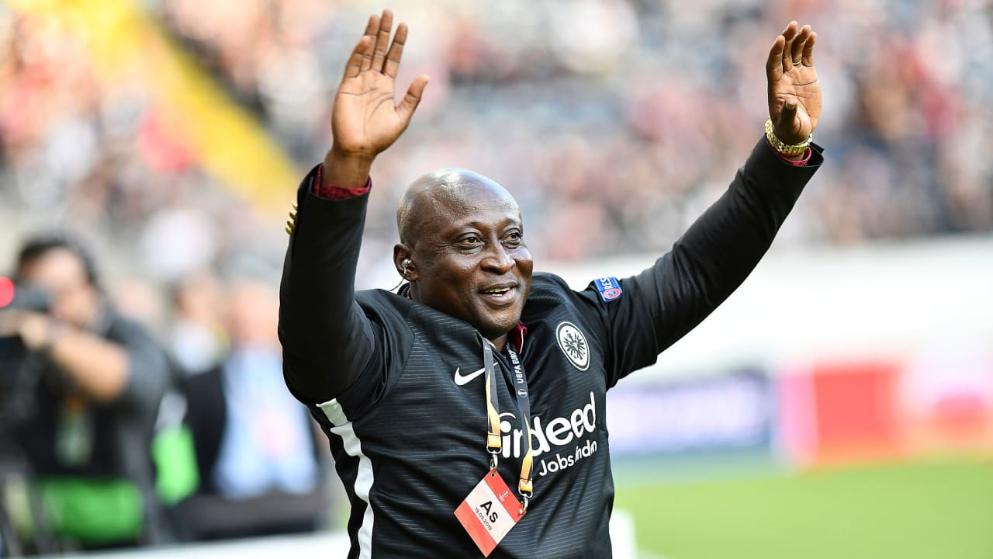 Former Black Stars striker Anthony Yeboah’s European goal-scoring record at Eintracht Frankfurt is being challenged by Japanese Daichi Kamada, who has been impressive in the club’s surprise run in the Europa League this season.

The midfielder scored last weekend as Frankfurt edged closer to the final by defeating West Ham 2-1 in London in the first leg of their semi-final tie.

The strike gave the Japanese 11 goals in 21 Europa League games, but he is still one goal short of becoming Frankfurt’s all-time leading European Cup scorer, a record held by Ghanaian great Yeboah.

Yeboah has held the record since 1995 with 12 goals in 16 appearances for Frankfurt.

“I didn’t even know I had such a record,” he told BILD.

And to Kamada: “I wish him many more goals for Eintracht. And he’s welcome to break my record. I even wish him that! Because as a fan of Eintracht, I would then know that the club was playing successfully.”

Eintracht’s enthusiasm for the Europa League has reached Africa. Yeboah has been over the moon since the win in Barcelona: “We were able to watch the game live on television here too. It was amazing! Otherwise, I follow everything on the internet. Football is so crazy, I really believe Eintracht can win the title. It would be a pleasure for me!”

Frankfurt fans hold Yeboah in high regard for his enormous contribution to the club during his playing days. He won Bundesliga top scorer in 1993 and 1994.