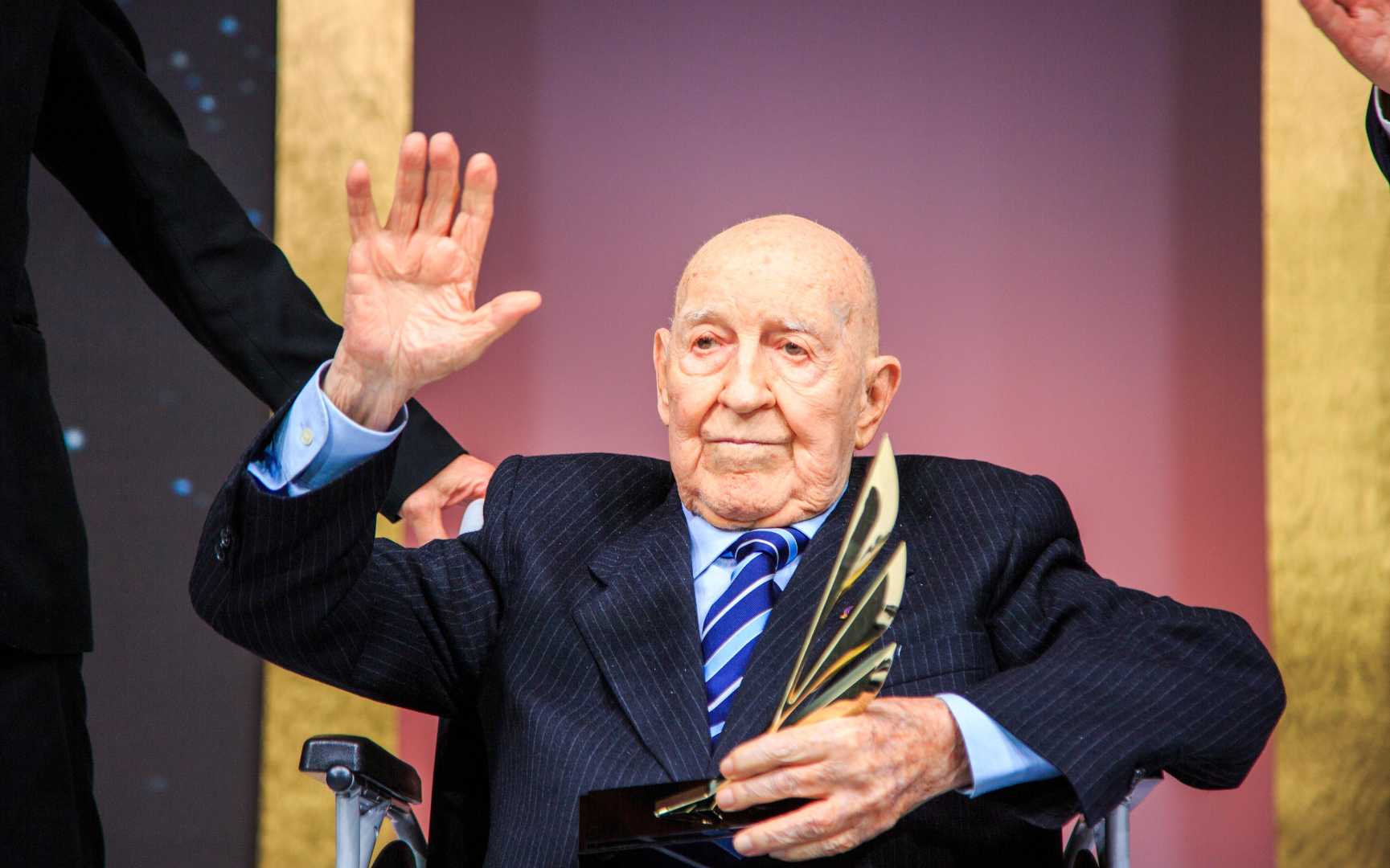 José María Lorente Toribio, a doyen of the Spanish sports press, passed away on May 5 in Madrid, aged 95. He was a vice-president and an honorary member of AIPS and is the author of the book The History of AIPS.

Lorente, the founder, first president and then honorary president of the Spanish Sports Press Association (AEPD), was bestowed with the ‘A Life in Sport’ award at the AIPS Sport Media Awards Gala held in Budapest, Hungary in February 2020.

After receiving the award, which appreciates his dedication to the sports journalism profession, Lorente moved the audience while recalling his long career when he said: “I would pay anything to go back and re-do it from the beginning as I did. Being a sports journalist and belonging to this (AIPS) family is what I will cherish forever.”

Lorente, who got a standing ovation, added: “I think I will end today my career and I will always be proud of this recognition.”

In his tribute to Lorente, AIPS Executive Committee member, Juan Antonio Prieto, said: “José María Lorente was a true benchmark in Spanish sports journalism. He was a reference point because he was a teacher of journalists, and editor-in-chief in Marca for many years. I received very good advice from him. He was at my wedding. He had known me since I was a child because he was a close friend of my father. He helped a lot in the re-entry of the AEPD into the AIPS and he helped me a lot so that Spain could once again have the representation that it should never have stopped having within the AIPS. A tireless worker, active like few others, José María did absolutely everything in his power and something more to try to dignify the journalistic profession and that Spanish journalists have the unity that we currently enjoy today.”

Julian Redondo, president of the AEPD, also dedicated a few words to him: “José María Lorente, teacher of journalists. This is what is often said, but it is the truth. More than ninety years, more than half a life dedicated to the profession. I have the privilege of being one of his successors at the head of the Spanish Sports Press Association and I am going to highlight something that for me, in these troubled times, seems essential and substantial.

“In full celebration of the epic Madridista, I could not tell the team and colours of José María Lorente. Never, in any of his chronicles or any of his comments, did I perceive that he was a Real Madrid fan. He could be, why not? But he never showed it in his chronicles, at least that’s what I remember. That is being a sports journalist. Rest in peace, José María.”

Lorente also served as the general secretary of the Madrid Press Association (APM) from November 1992 to October 2007, the year in which he became one of the vice-presidents, a position he held until 2011. He was also an honorary member of the APM, which he joined in 1958.

Born on August 13, 1926, in Madrid, José María Lorente Toribio obtained a degree in Journalism from the Official School of Madrid and a degree in Law. He was a contributor to the newspaper Arriba and the magazine Juventud (1947-1948); director of the magazine Ases del Deporte (1964); after returning to Arriba, head of its sports section (1962-1967), and section head of the newspaper Marca (1972-1980). As a special correspondent, he covered ten Olympic Games and almost a hundred major sporting events in different specialities.

He was a member of the Spanish Olympic Committee and the director of the Madrid Sports Palace. He received many other accolades including the Aragonese Medal of Merit.